By Psllogtable (self media writer) | 4 months ago 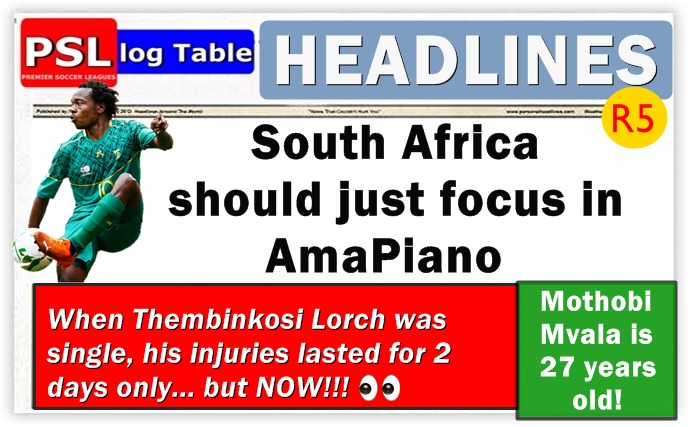 Despite this being Hugo Broos's first match since he was appointed as head coach in May, many South Africans took to social media to express their dissatisfaction from the new look Bafana Bafana.

However, seven minutes into the game, Evidence Makgopa's free header from corner kick was denied by crossbar.

Five minutes later, Zimbabwe replied with a defence splitting pass which saw Ronwen Williams coming out of his line to stop Knowledge Musona from scoring a one on one opportunity.

The midfiled battle saw Teboho Mokoena setting himself for a long range thunder on target which forced goalkeeper Shumba palm it over for corner kick.

On the half hour mark, a long throw in from Zimbabwe was flicked into Khama Billiat's way which found him in the 18 area and immediately unleashed a powerful shot which Ronwen Williams managed fist it over for corner kick.

Later into the game, super-sub Bongokuhle Hlongwane's solo run gave him the opportunity to take a shot at goal in the 18 and despite the attempt being saved by goalkeeper, the ball still managed to go into goals but was cleared by defender before crossing the goal line.

No serious chance was created further from both sides as they settled for a point each.

Bafana Bafana will host Ghana on Monday at FNB Stadium for their second match of Group G World Cup Qualities. Kickoff is at 6pm, live on SABC 1.

Ever since Thembinkosi Lorch found a new type of happiness, he seems to be performing more on social media than on the field.

Lorch was crowned player of the season in 2019 after showing his immense talent and dedication throughout that season - when he was still called "Sms Shake My Soul". Even bagging Bafana Bafana call ups to represent the national team. Hit songs were being made about him and his good performance on the field of play was the regular talk of the town.

But lately, injuries that take long to heal seems to have "finished" the shine that we all used to see in him. Who do we blame? Orlando Pirates doctors or the player's attitude towards the game? Or both?

In case you forgot, Thapelo Morena proved that dedication and respect for the job can help players overcome the worst injuries when he quickly recoverd from a broken ankle.

But players of a particular "big" club take forever to heal from injuries. But hey! TOPIC FOR ANOTHER DAY.

A lot of people have been asking us about Mothobi Mvala's real age and we did some serious investigations.

Mvala's massive physical fitness got a lot of fans suspecting his age, saying perhaps he is a bit older than he is. In 2016, Mothobi Mvala was part of SA/U23 Rio Olympic squad at the age of 22.

Five years later, we are proud to say he is now 27 years old. Hopefully this will put the age allegations to rest now.

Okay then! Until we meet again....Byeeeeeeeeeee!!!

Content created and supplied by: Psllogtable (via Opera News )