Manchester United is currently playing against AC Milan in the Europa league and is leading 1-0 as Paul Pogba scored. 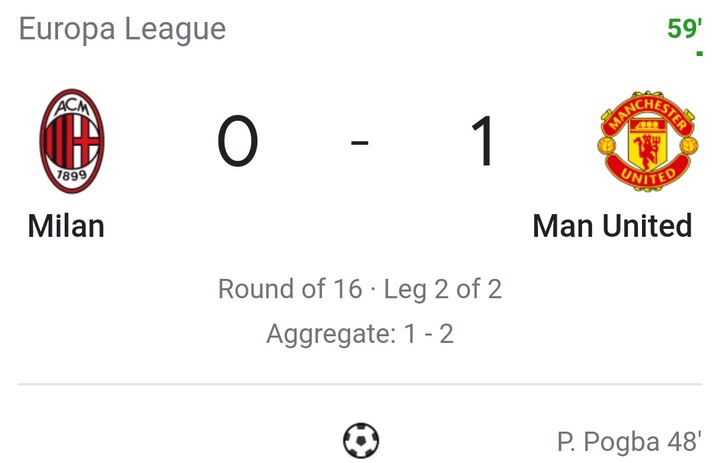 Manchester United opened the scoring in the second half of the match when Paul Pogba scored the opening goal of the match in the 48th minute to lead at 1-0. Manchester United with their 1-0 lead in the match and 2-1 aggregate lead needs to score more goals or defend their one goal to make it through to the next round in the competition. Paul Pogba scored his goal two minutes after coming on the field replacing Marcus Rashford in the 46th minute. 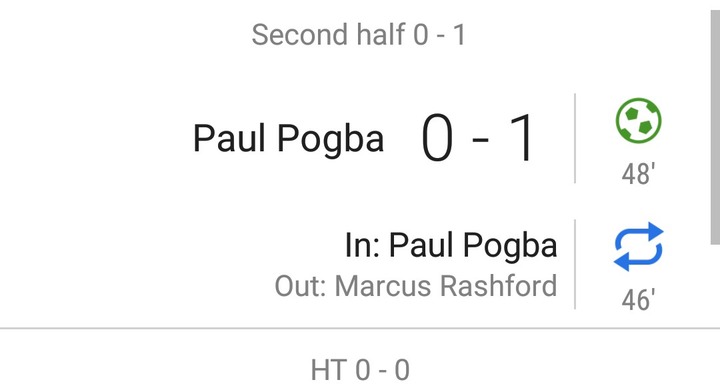