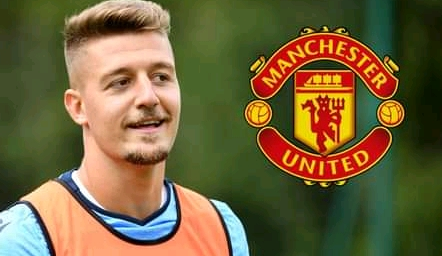 They have been told that the price they will have to pay for Sergej Milinkovic-Savic from Lazio will be around £50 million this summer, as he prepares to move to Manchester United. The Serbian midfielder has been linked with a move to the Premier League and Old Trafford lot. The Red Devils are also interested in Declan Rice, Aurelien Tchouameni, and Amadou Haidara, though. Milinkovic's agent, Mateja Kezman, is said to be in talks with Manchester United, who are in the running to sign him this summer. It's been reported that Savic and Manchester United have reached a deal in principle for a five-year deal that could earn him £8 million a year at Old Trafford, the Manchester Evening News says.

Forward: Man United Cristiano Ronaldo has hit back at "Jealosy" Wayne Rooney after he said he didn't like his return to Old Trafford. By telling Manchester United to get rid of Ronaldo and calling him a great diver, Rooney made fun of Ronaldo. He scored 18 goals for Man United in all competitions this season. Man United's Wayne Rooney had a great night in Monday Night Football. Cristiano Ronaldo responded to Rooney's post on his timeline by saying "Two Jealous" after Rooney said that Ronaldo had made a big difference in Man United's success since his return from Juventus.

Samir Nurkovic Taking This Luxury Car From Chiefs To Royal AM?

Look what is planned for vigilantes who killed KZN man accusing him of stealing goats. Read more.