Stuart Baxter has expressed his excitement after Kaizer Chiefs fringe player Lazarous Kambole made the most of a rare appearance with a goal to seal a crucial win over Gavin Hunt's Chippa United on Saturday afternoon following the international break.

The Zambian forward came on as a substitute replacing Khama Billiat with just four minutes of regulation time remaining before adding his name on the scoresheet as Kaizer Chiefs clinched a 4-0 victory in a DStv Premiership clash at the weekend. 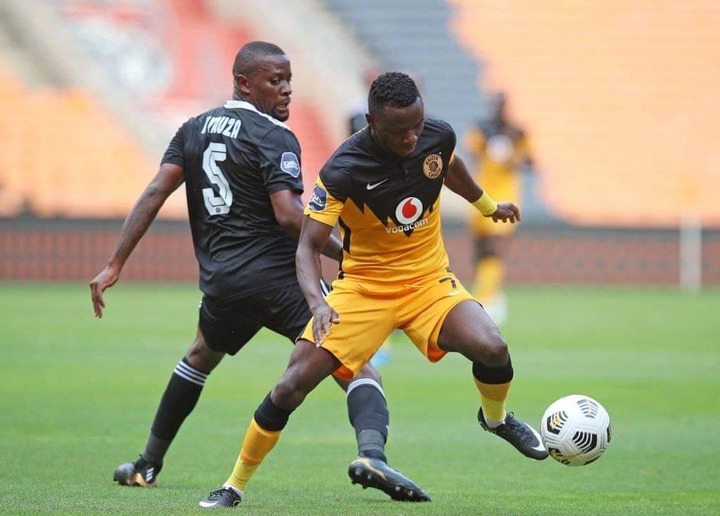 With his first ever goal for the club having come against Stellenbosch FC in August of last year, it has been a total of 14 months wait for his second goal which came just a few months after he was reportedly placed on the club's transfer list.

Kambole is expected to get more opportunities following the injuries of Leonardo Castro and Samir Nurkovic, the club currently don't have a natural striker and this is an opportunity for Kambole to prove his worth at the club.

"The most important thing for Lazarous Kambole is that he has had a good week in training,"

"I don't think he is the same type of player as say a Bernard Parker or Khama Billiat, he is one who is going to work behind back fours, and we have got to get to know him."

"It is important for him to start to time his movements and on when to go, so he has had a very good week in training.

"He went on and he was confident, the goal quite rightly should be a big thing for him as he can now draw a line in the sand and from now he can kick on," - Stuart Baxter

In his third season at the club, Lazarous Kambole has been the subject of transfer speculation and was linked to a move to East Africa. His change of form may trigger different thoughts in the management.

Opinion: Mamelodi Sundowns should be called the PSL underdogs