Patosi on bafana: maybe the coach does not know me

By MastermindSAnews (self media writer) | 27 days ago 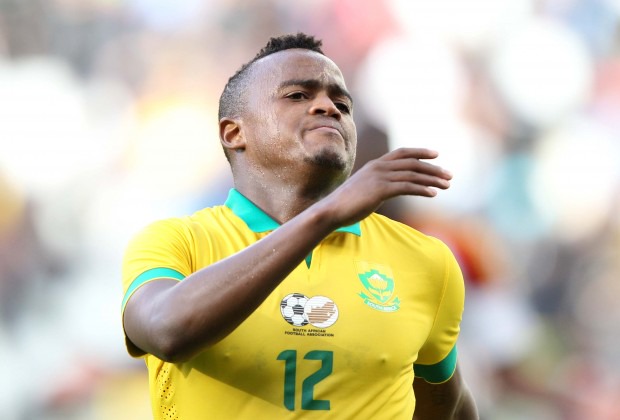 Having assisted Iranian with clubbing Foolad as they left a mark on the world by winning the Hazfi Cup without precedent for their set of experiences, Ayanda Patosi watched in dismay as he was again avoided with regard to Bafana under mentor Hugo Broos for the World Cup qualifiers against Zimbabwe and Ghana separately.

Peruse: Shonga Closing In On Next Move?

The 28-year-old Khayelitsha-conceived player says his oversights from the public group have additionally bewildered his previous mentor Javad Nekounam at the Persian Gulf Pro League outfit.

"Perhaps they think I have resigned from worldwide football. Peculiarly, I am as yet 28 years of age. I couldn't say whether that is excessively old for the public group, however it's pitiful and it isn't pleasant. I'm doing great in one more nation and regarded in another country. My mentor at club level was asking me a few days ago for what good reason I am never chosen for my public group. He said he didn't get it. He was inquiring as to whether the South African players (who are chosen for Bafana) are playing in England or Spain. I disclosed to him that the greater part of them are playing in South Africa," said Patosi in the most recent print version of Soccer Laduma.

Peruse – Mayinga: The Officials Need To Up Their Game

"I didn't have the responses for the mentor and everybody in Iran who is getting some information about my rejection from the public group. I comprehend that there was discussion of Carlos Queiroz perhaps taking over as the Bafana mentor before the current mentor (Hugo Broos) was employed. Carlos Queiroz was the public group mentor of Iran, and he thinks about Iranian football. My mentor was a partner to Queiroz in the public group of Iran. Possibly I would have gotten an opportunity in case Queiroz was named as Bafana mentor. Possibly the new mentor (Broos) doesn't follow Iranian football or perhaps he doesn't have any acquaintance with me," said the previous Cape Town City midfielder.