Bucs Fans not happy with the cup exit: See how they have reacted

By Reliable_Content (self media writer) | 6 months ago

The Buccaneers had hoped to advance to the final eight, but they were knocked out by the defending champions on Wednesday night. 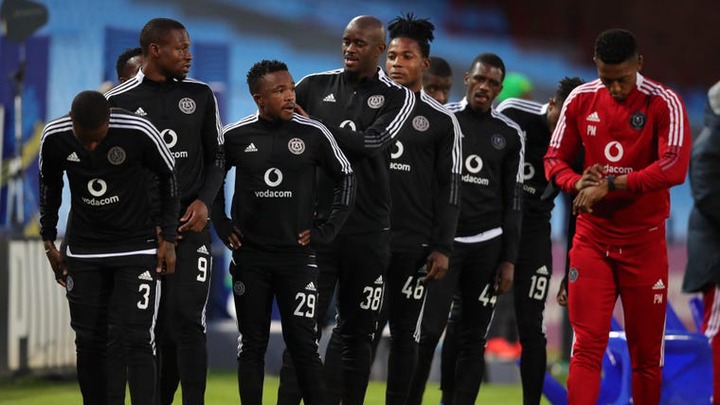 Orlando Pirates, the eight-time Nedbank Cup champions, were eliminated from the competition on Wednesday night by defending champions Marumo Gallants.

At the Peter Mokaba Stadium, the Buccaneers had hoped to advance to the quarterfinals, but they were stunned by their tenacious opponents. Ndabayithethwa Ndlondlo scored the game's first goal in Bahlabane Ba Ntwa's favour, but the Buccaneers equalized through Bandile Shandu to send the game to penalties.

The Gallants maintained their composure, completing all five of their spot-kicks while the Pirates missed one.

It was the only realistic chance for the heavyweights from Soweto to win a trophy this season.

Their supporters have reacted angrily to the defeat, voicing their regrets and frustrations. They were heartbroken and shattered after entering the contest with optimism.

Some fans took their rage out on the club, demanding that co-coaches Mandla Ncikazi and Fadlu Davids be fired. They claim that since Josef Zinnbauer's departure, the tandem has failed to assist the squad reach new heights.

The team disappointed the supporters by losing 2-1 against Kaiser Chiefs in a Soweto derby. The club has 32 points in the league and may not win it or qualify for the Champions League if things continue as they are. The fans had hoped that the club would do better in domestic cups, given their poor performance in the local league.

Other fans, on the other hand, believe that the problem is not with the coaching staff and that adjustments must be made in the playing unit as well. 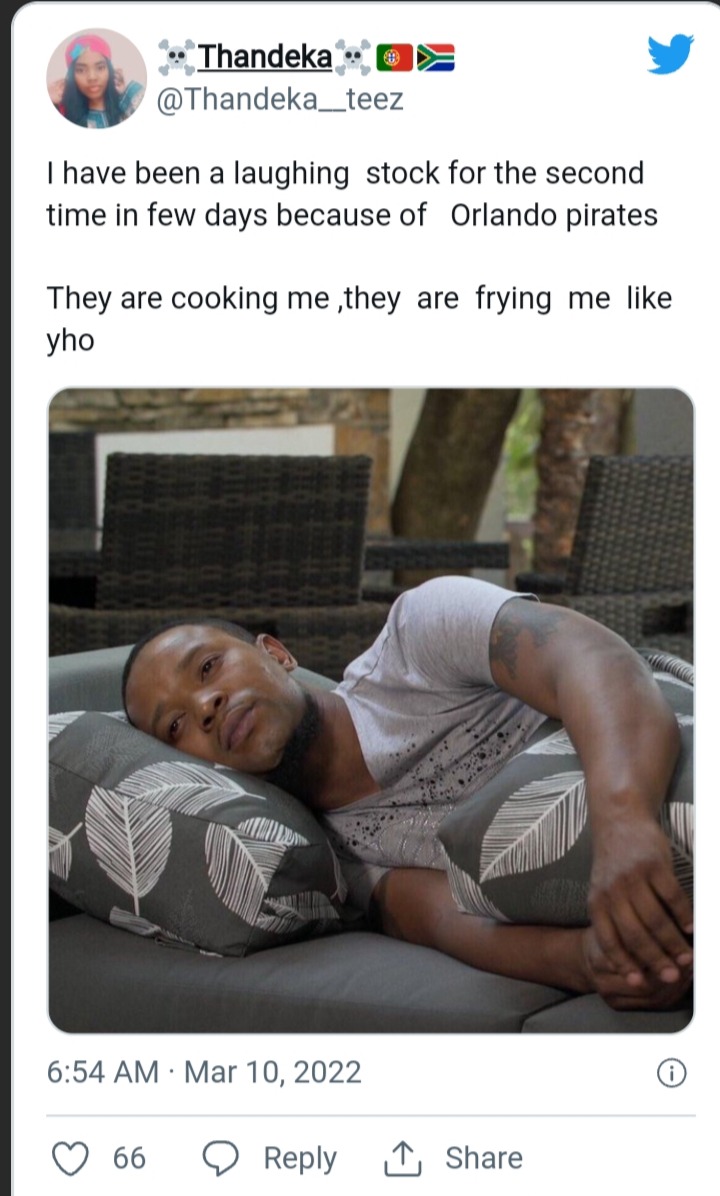 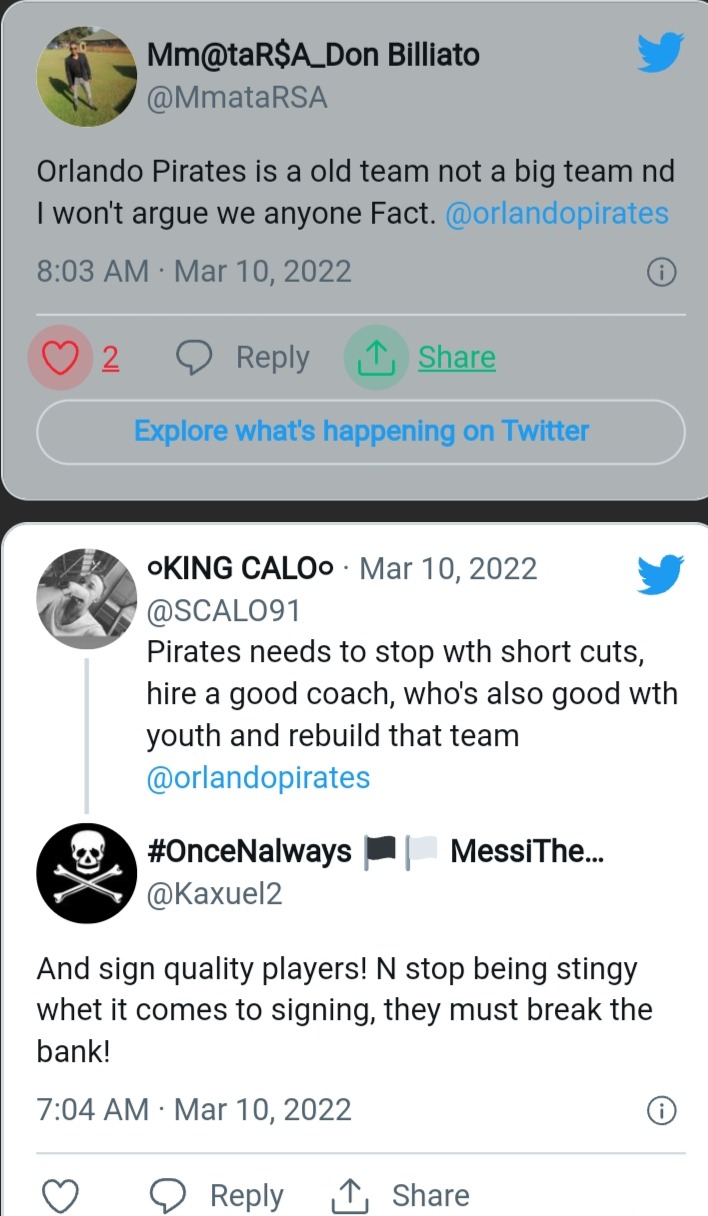 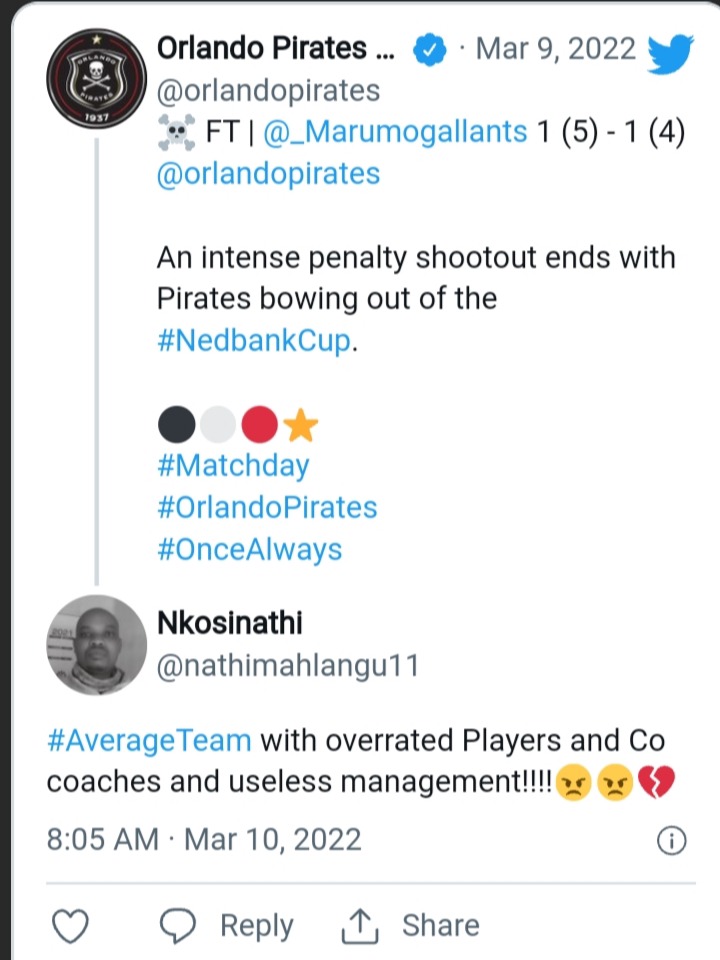 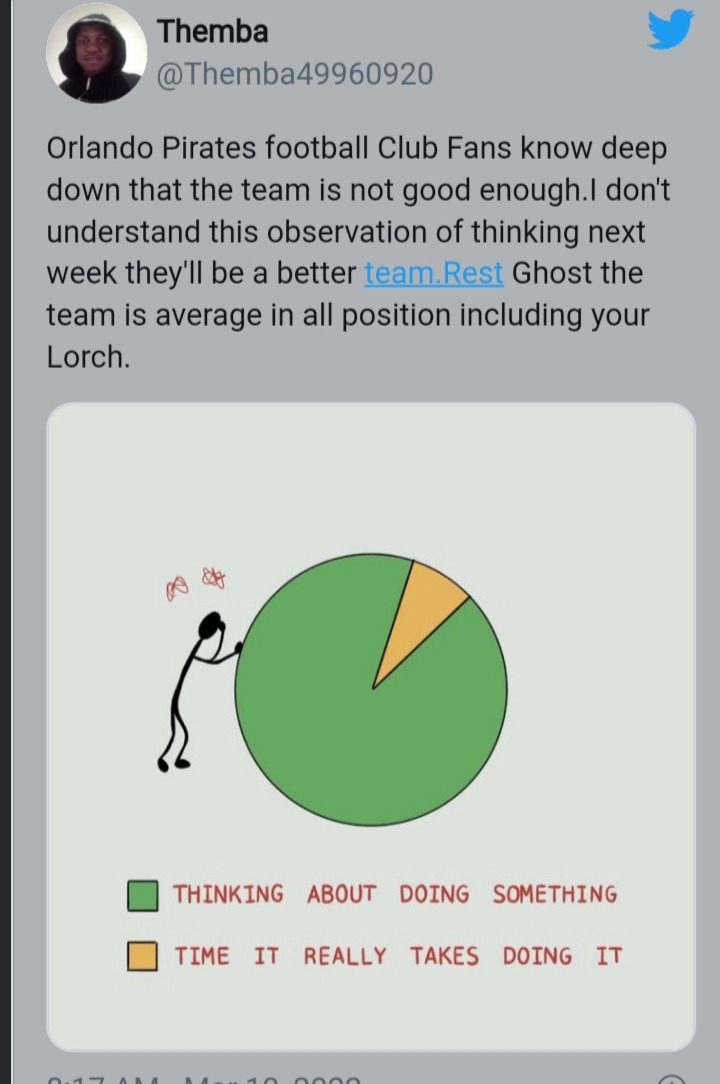 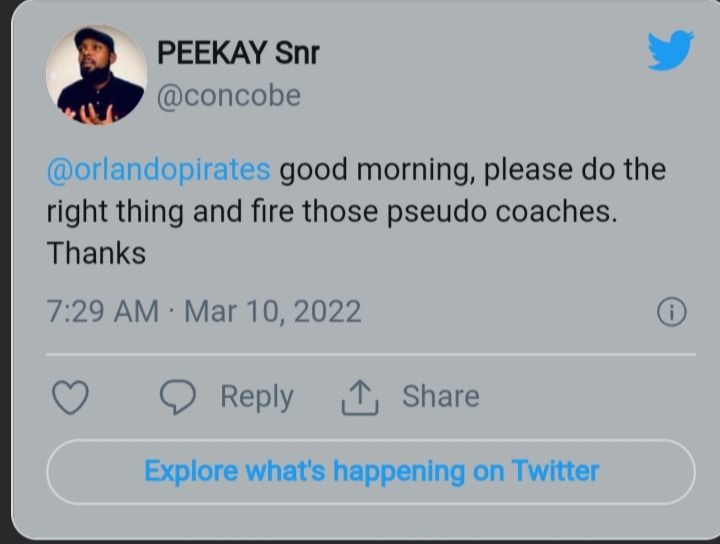 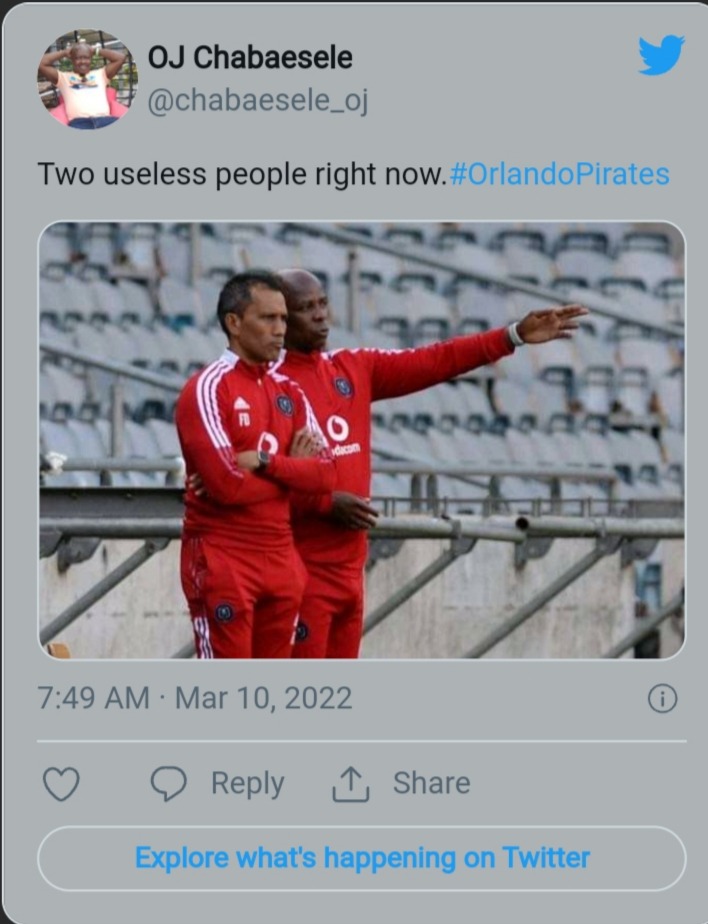 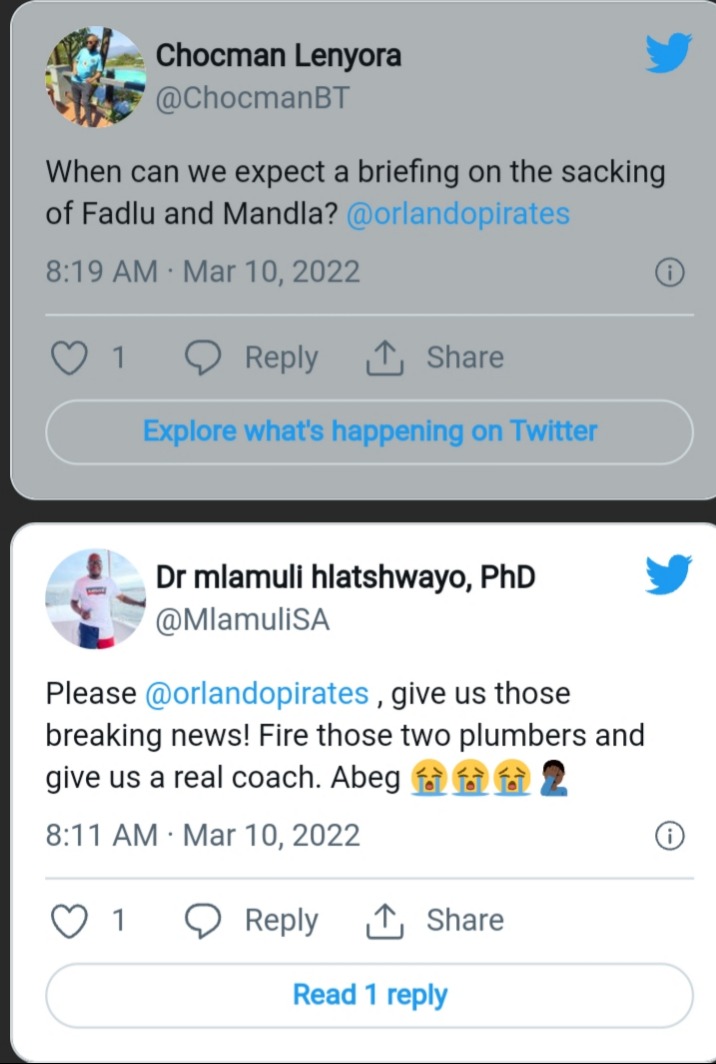 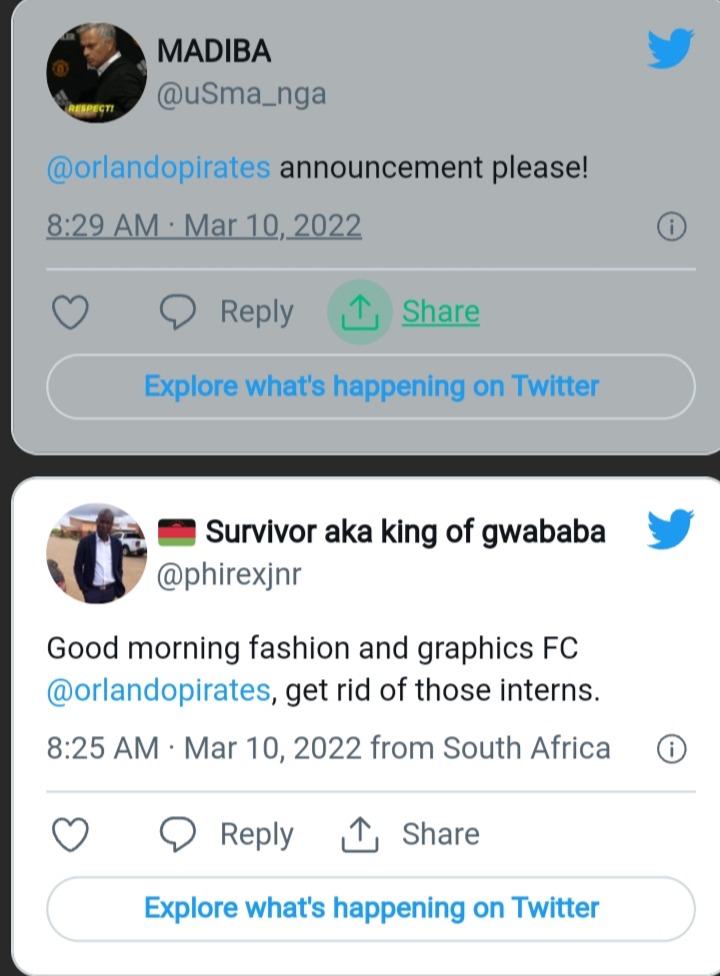 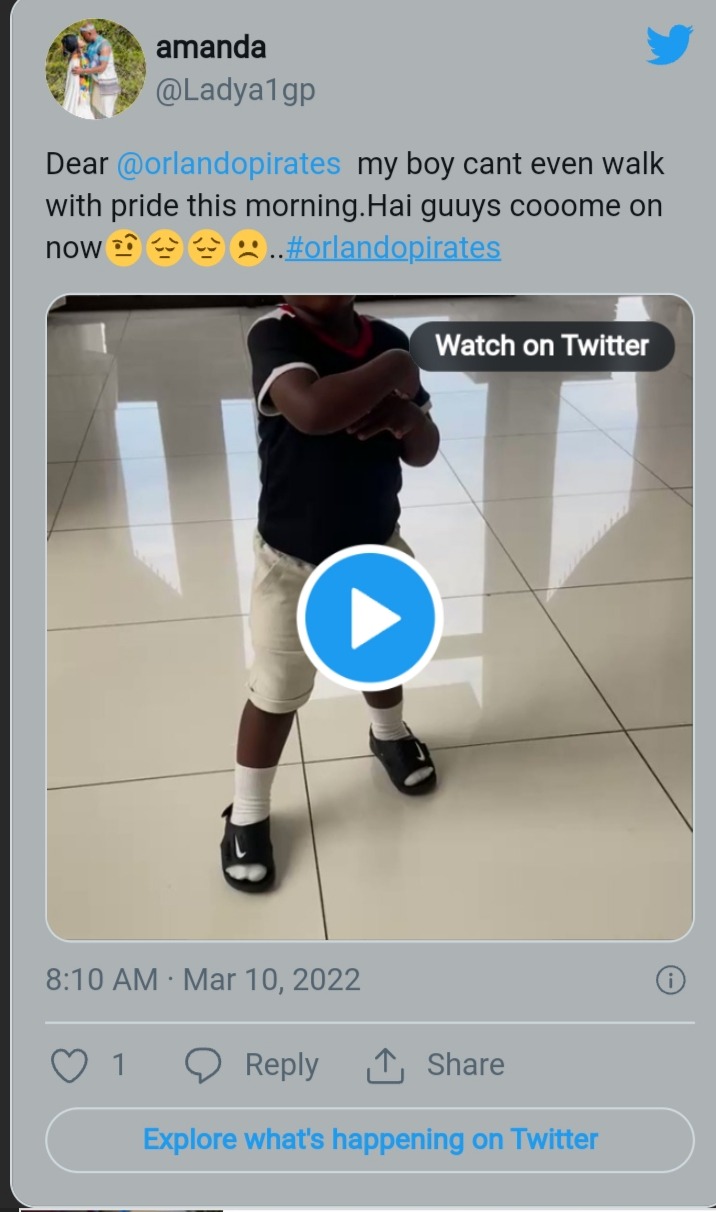 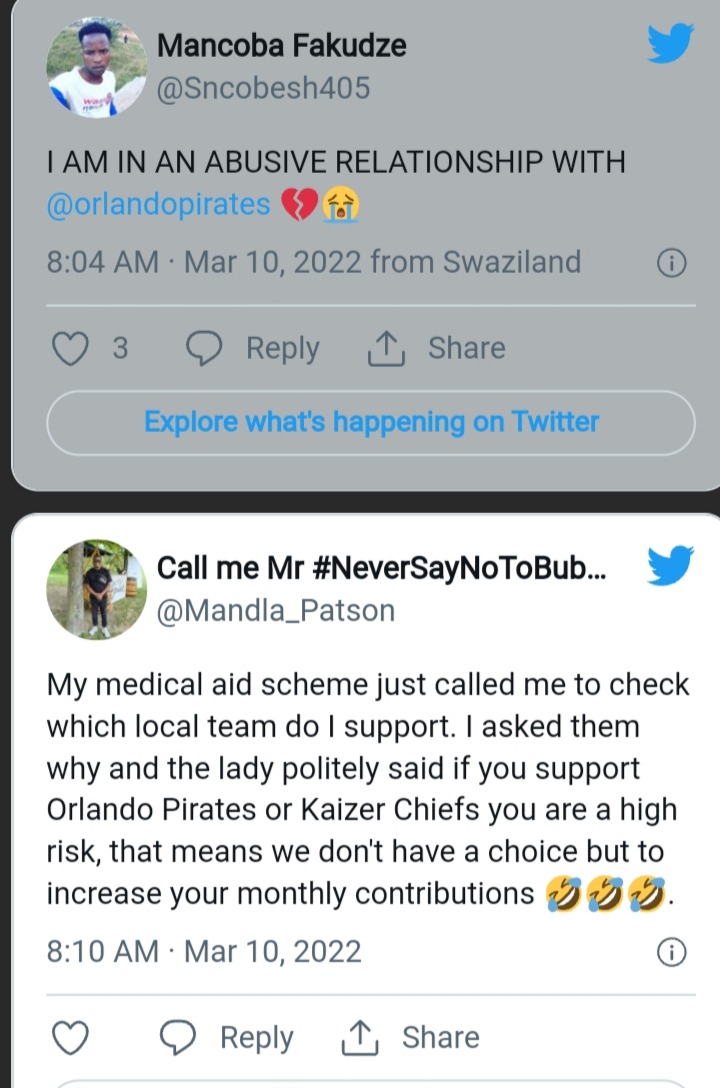 Who is to blame for the inconsistency of the Soweto Giants, Orlando Pirates? Is it the players, the technical bench, or the management? Leave your thoughts in the box below.