Chiefs winless run continues after a goalless draw at home

By Sanele_writer (self media writer) | 24 days ago

A quiet fixture ending in a goalless draw when the Soweto Giants Kaizer Chiefs welcomed Marumo Gallants at the FNB stadium.

A pound for pound clash which has small chances of goal as the keepers were called to action. 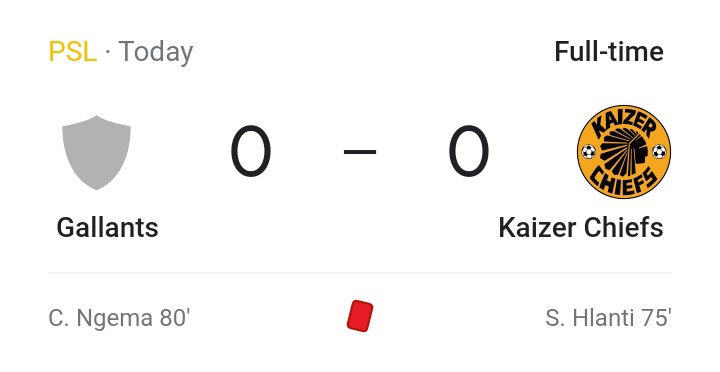 The away side were on the front foot as they had a chance to sneak an early from right flank were Otladisa was denied by Chiefs keeper Daniel Akpeyi from a deadlball situation.

Gallants continued attack as they were perfect in ball possession continueing with thier search to get a goal.

A block by Akpeyi who denied a straight shot from Celimpilo Ngema which kept mattes level.

Home side were slow in build up but presence of Keagan Dolly was felt bu Gallants defence who dealt with all the passes.

Cole Alexander had a chance to open his account from a long range ball but were'nt over the bar. 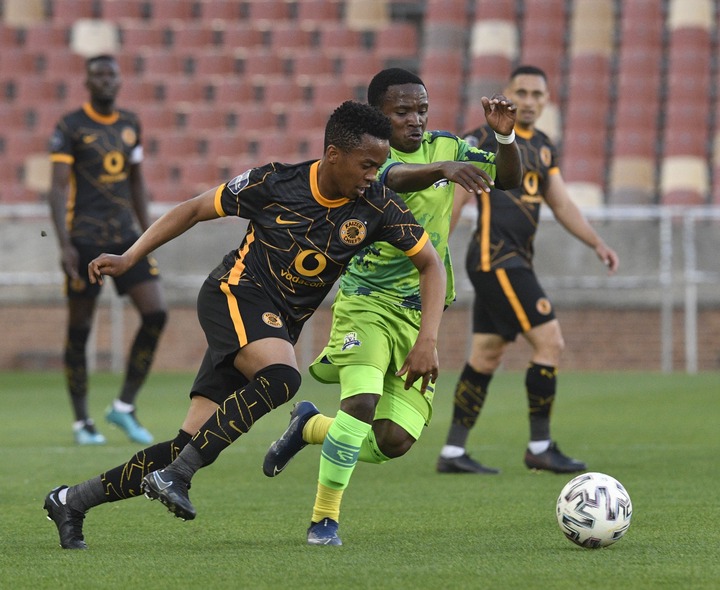 Both teams remained level at hafltime with no deadlock with teams assured of even points.

Chiefs made changes in the second half were they brought in Bernard Parker for Lebogang Manyama who had a reckless first half.

Gallants continued were they stopped going forward to get an goal in the second half.

Otladisa had a chance to break Chiefs deadlock but his header were't out of goalpost reach.

A break-in attack for Chiefs when their star Kharma Billiart was brought down in a dangerous area but couldn't benefit from the free-kick.

Attack on each other situation where Chiefs found themselves in the final third of Gallants but Nkosingphile Ngcobo failed to unlead a pass to one of his teammates.

A reckless foul from Chiefs defender Sfiso Hlanti who was sent for an early shower after he picked up a second caution.

Ndlondlo unleashed a perfect free-kick which found Ngema who was denied by Akpeyi and the ball hit frame of the bar.

Ten minutes left to play the score remained level with no deadlock broken reaching for 90 minutes.

Gallants forward Ngema was also sent to an early shower from retaliation kicking the ball at Billiart face.

The away side dominated with ball possession as they were a threat but also couldn't hit the back of the net.

A free-kick for Chiefs after skipper Parker was brought down on the right flank.

Washington Arubi pulled a massive save from a free kick after Eric Mathoho headed to goal resulting in a corner where Cardoso failed to score from a deadlball situation.

A share of spoils after referee final whistles were no goals scored entire 90-minute bu home side Chiefs will thank their Keeper Akpeyi who had to make two saves.

Do you still remember Nigerian actor PawPaw? He got cars, houses, money but not this

Four Children Kidnapped While Going To School In Polokwane.