Sinkala: Chiefs goal was my favourite

Nathan Sinkala of Stellenbosch FC has shared his two favorite goals from his career, one of which was a smashing effort against Kaizer Chiefs last season. 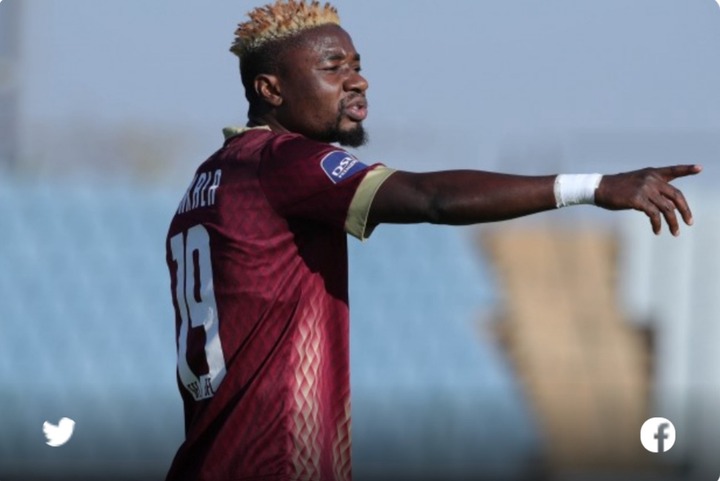 Sinkala is one of Africa's most decorated players, with a dazzling medal count that includes the 2012 Africa Cup of Nations title with Zambia and the 2015 CAF Champions League title with TP Mazembe.

The all-action midfielder now plays in the DStv Premiership for Stellenbosch, where he has established himself as a crucial figure in a high-flying Stellenbosch side, contributing to great effect on both ends of the ball.

Sinkala has excelled in this role throughout his career, scoring a number of notable goals along the way, including a strike against Japan in 2014 that he considers to be his best goal to date.

On that occasion, the former Green Buffaloes player received the ball on the edge of a well-executed corner routine before demonstrating his skill with a well-placed, curling attempt from range that flew past Japan's goalkeeper Shusaku Nishikawa.

Sinkala tells Kickoff.com, "I think my best goal was against Japan in a friendly game we played with Zambia."

"It was pretty good just the way I scored it, and we were playing against a side like Japan, which had some big-name players."

Since completing his move to South Africa in January last year, the 31-year-old has scored a lot of goals in the DStv Premiership, including five goals in 48 league games for Stellies.

His most memorable goal came in a 2-2 draw against Kaizer Chiefs late last season, when he rose highest in the area to fire a thundering header beyond the onrushing Daniel Akpeyi.

Sinkala continues, "One of my favorite goals was in the game versus Chiefs." "My favorite goal in the PSL was against Chiefs," says the player.

To win Chiefs a share of the spoils, Leandro Castro and Nkosingiphile Ngcobo scored either side of a Phathutshedzo Nange effort, but the point was crucial in Stellenbosch avoiding the drop.