'See what Benni McCarthy had to say about the Pirates' goal, following their 1-1 Draw. 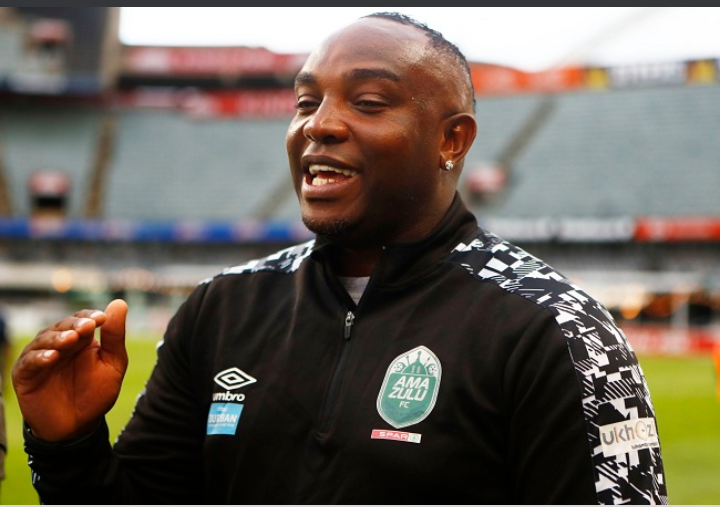 Benni: De Jong was fouled by the Buccaneers for the first goal.

Benni McCarthy, the head coach of AmaZulu FC, felt his team had been unfairly penalized by Orlando Pirates' first goal against them on Wednesday evening.

Despite a 1-1 tie at Kings Park on Wednesday evening, Usuthu were awarded their 10th point of the season.

After Pirates got the ball back and put Deon Hotto in behind, McCarthy claimed that De Jong had been obviously fouled on the halfway line, and that the Namibian was responsible for burying the ball past Veli Mothwa and into the back of the net.

According to McCarthy, who spoke to SuperSport TV, "I was honestly sure that it was a free-kick."

"The player never managed to get his hands on the ball. He knocked De Jong out of the game, and the referee waved play continue. It occurred almost halfway through the pitch. And then it was just a matter of one pass in behind and they were on their way to scoring. So we all felt a little cheated, and a decision that went against you robbed you the opportunity to score a goal in the last seconds."

The Usuthu mentor, on the other hand, was overjoyed with his team's response.

"We were able to take it in stride. And then we demonstrated the character, the tenacity, and the AmaZulu that we are all familiar with. We aren't afraid to get our hands dirty. We don't shy away from getting our hands dirty and getting into the game. We are willing to get our equipment soiled because we want to contribute to the cause. After that, we began to play in the manner in which we should have been playing. Creating a couple of opportunities.

"A tie is most likely a fair outcome. In terms of creating chances, I believe we created far more clear-cut opportunities, and I believe that if you don't score that crucial second goal, you'll be up against an Orlando Pirates team that will keep coming at you until the very end because they have a massive squad that they can rotate and I believe that the fitness team that they have is what elevates their squad to a higher level.

"So we draw a new lot, another one, and, as I already stated, I despise sounding like that. Swallows, on the other hand, appear to have adapted to Durban. My players have given everything they had and fought valiantly, but I am growing tired of all the draws at this point "McCarthy came to a conclusion.