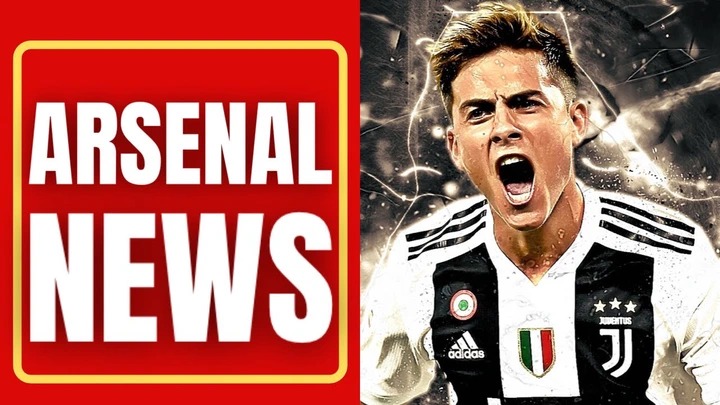 This is the most recent news from the Emirates. The Gunners have joined the race to sign Juventus star Paulo Dybala.

Paulo Dybala is seen as a cheaper option for Arsenal than Darwin Nunez, so the Juventus star is likely to move to the north London club.

Besides being linked with moves to Liverpool and Manchester United, he will be out of contract this summer, so he wants a big fee and salary to go with it. This is what people are saying about the 28-year-old:

His time at Juventus has been going on for five years. He has won five league titles and four Coppa Italias during that time.

The Gunners think that he will help them win more trophies next season, and they are willing to get him to the Emirates no matter what.

It's a dream come true for Edu and Arsenal FC, but they have to pay for Paulo Dybala's move.

Since Aubameyang left, the Gunners haven't been able to find a good player to replace him.

When he played for the Old Lady, he scored 113 goals in 283 games. They've already agreed to let him go.

Chelsea and the other teams in the Premier League are also thought to be interested in the player.

If this turns out to be true, it looks like the north London duo is in the lead. are more likely to sign him, but Dybala hasn't said which English club he wants to play for yet.