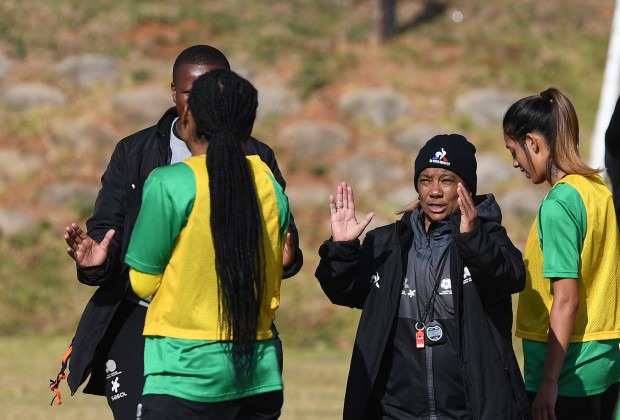 World Cup qualifying, according to Banyana head coach Ellis, is the team's top aim as they make final preparations for the start of the Africa Women Cup of Nations.

We are focused on the world cup.

According to Ellis, the world cup comes first, followed by everything else.

Every competition you enter, you want to win as a coach, and we think we can.

Our top aim right now is World Cup qualification, but after we secure that berth in the semifinals, we can concentrate on continuing to win it.

Banyana and the other finalist would be guaranteed tickets to the 2023 Women's World Cup, which will be held in Australia and New Zealand, with a semi-final finish in the 2022 Awcon.

Banyana departed the country after their first camp in Johannesburg and arrived in Morocco on Wednesday to start getting ready for the continental championship.

Ellis brought a capable squad of 23 players with a mix of youth and experience. The squad's more seasoned players include Janine van Wyk, Noko Matlou, and Refiloe Jane; the squad's youngest members are Nthabiseng Majiya, 19, Sibulele Holweni, 21, and Noxolo Cesane, 21.

Additionally, striker Jermaine Seoposenwe has rejoined the green and gold after a two-year absence, while Gabriela Salgado was forced to withdraw from the preliminary squad due to injury.

On Monday, July 4, Banyana will play host to Nigeria, the 11-time reigning champions, before facing Burundi on July 7. On July 10, against Botswana, will be the final group stage match before the game moves on to the knockout phases.

After SAFA announced a R9.2 million reward for the team under the condition that they bring the trophy, with each player set to walk away with R400 000, Banyana will have even more incentive to win the Awcon.

Team Banyana Banyana for the Awcon:

Andile Dlamini, Kaylin Swart, and Regirl Ngobeni are the goalkeepers.

Desiree Ellis: 'Our eyes are on the World Cup' https://www.kickoff.com/news/articles/south-africa-news/categories/news/banyana/banyana-s-eyes-on-the-world-cup-ahead-of-awcon-says-ellis/719553?next=true

Recent pictures of the late Vuyo Mbuli’s wife and children

The Only Animal On Earth That Has The Longest Pregnancy Period In The World.