After a string of disappointing results, the Swallows fired Brandon Truter and his whole coaching team. 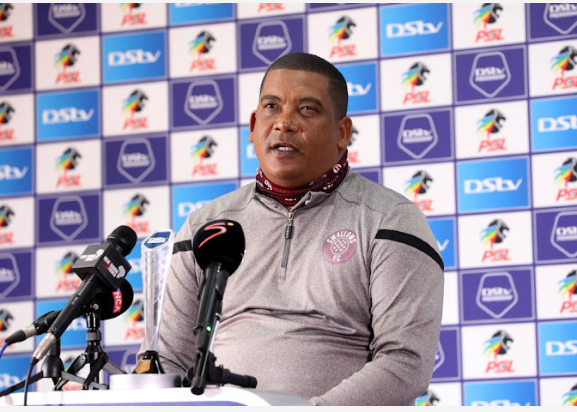 After a 3-1 loss to Kaizer Chiefs on Sunday afternoon, Swallows coach Brandon Truter and his assistant Simo Dladla, as well as the rest of the coaching staff, were fired. The loss dropped the Bird to the bottom of the DStv Premiership, with only one win in their previous 12 matches, and the entire coaching staff was fired.

An official statement from the club stated that the decision was reached during an emergency meeting with the coaching staff.

"After getting a report from the Coaching staff, management became even more certain that something serious needed to be done. "

With the side currently languishing at the bottom of the DSTV Premiership, management has determined that the entire coaching staff would not be required to report to work with immediate effect.

"An temporary agreement will be announced in the near future. "

"We have taken note of the concerns voiced by our supporters," said the team. "We sincerely apologize for the bad performance; please continue to support the squad," says a statement from the Swallows.

Truter was placed on "special leave" in September, ostensibly as a result of his poor performance, and he returned to the bench two weeks later.

Swallows finished a creditable sixth in their inaugural season in the Premiership last season, but a run of just two victories in 30 games dating back to last season appeared to have driven the club's management to take action.

Truter departs with the Swallows languishing at the foot of the table with only eight points from 12 games played.

Kaizer Chiefs New signing has been given his Jersey number, Check below

Gugu Gumede AKA MaMlambo Reveals That She is Pregnant.