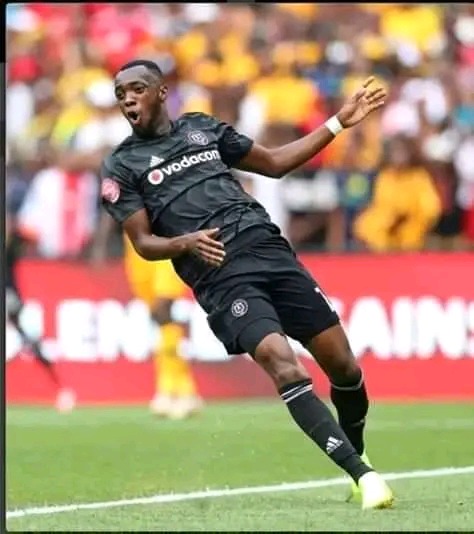 Former Sekhukhune United in the DStv premiership Justine Shonga who joined Orlando Pirates in 2017 has joined the Moroccan based club Maghreb DE Fes . The 25 years old Zambian striker was released by Sekhukhune United after having 10 appearances at the club with only two goals scored .

Shonga started his career in Zambia at Nkwazi FC before joining South African Based clubs . After leaving Orlando Pirates he played for Tshakhuma Tsha Madzivhandila thou he didn't last longer . He then moved to Cape Town City and Egyptian club Ismaily . After parting ways with Sekhukhune United there were other offers for the Zambian striker , the likes of CR Belouizdad from Algeria .

Sekhukhune United has moved on to sign number of players to strengthen the squad . The newly appointed coach Kaitano Tembo is working very hard to find his combinations at Babina Noko . One of the clubs Shonga played for , Cape Town City is struggling this season after having three defeats in a row .

Breaking News: Pitso Mosimane Has Been Named As The New Head Coach Of Saudi Arabian Side Al Ahli.

Hugo Broos makes a U-turn on this matter

Good News For Pitso Mosimane As He Signed Contract As A Manager of Al Ahli: See Full Details Here