By Saminaka (self media writer) | 5 months ago

After a decent win over Southampton last time out, Arsenal put in a similar level of effort against a decent West Ham squad and grabbed three points. It was a good day at the office for the players, and there were four things I noted in the contest. 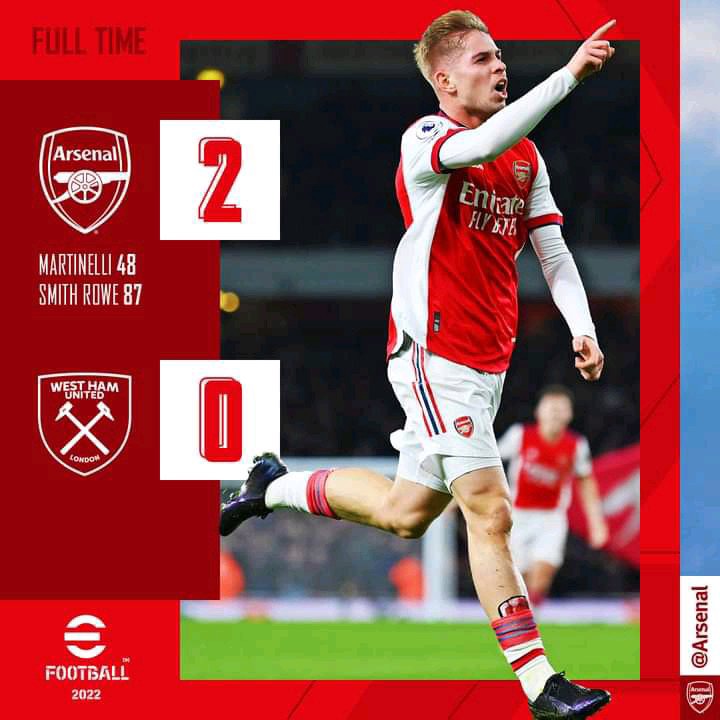 Despite the Gunners playing better, the first half ended goalless as both teams could not hit the back of the net. Arsenal moved in lead three minutes into the second half, with Gabriel Martinelli unleashing a Henry-esque finish after Lacazette put a brilliant pass into his path. The Arsenal captain failed to get on the scoresheet after failing to convert a spot kick, but substitute player, Emile Smith Rowe scored the second goal to seal the victory for the gunners.

Impressively, the gunners learnt from their mistakes and were able to maintain the high press till the end, much like they did in the Southampton game. As exhilarating as the triumph was, there were five things to take from the win. 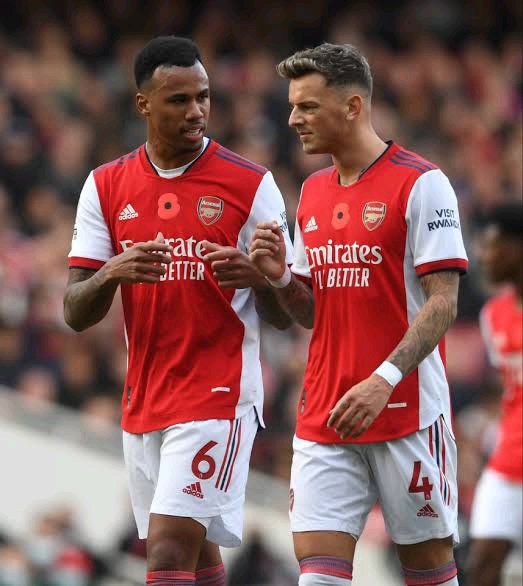 1. Gabriel and White were fantastic

The Gabriel and White relationship is increasingly starting to pay off. Both defenders looked so relaxed and were able to deal with anything that came their way, especially from Antonio. With these two, the Arsenal defence is sorted for years to come.

2. Lacazette is our number nine

Mikel Arteta has often used Aubameyang in the center striker role this season, but the more Lacazette keeps on performing up front, the more I feel he shouldn't be benched for Aubameyang. He was wonderful today. His link-up plays were also fast and he tracked back to support the defence on many occasions.

In Smith Rowe and Saka, Arsenal have the ball-carrying finishers we haven’t seen since the days of Pires and Henry. Both players have a solid relationship and performed brilliantly tonight.

4. Martinelli is ready to take over.

The Brazilian sensation was yet again fantastic. He just can't stop sprinting and his ball controls has dramatically improved. Despite his injury, I feel he is ready to take over from Aubameyang.

The nice thing about today's game is that the Arsenal team looks united despite the recent situation with Pierre-Emerick Aubameyang. Mikel Arteta opened the game with an unchanged starting line-up, and it paid handsomely.

"Married men absolute hate wearing condoms. I was born to be a side chick" -slay queen says

Celebrities who were flight attendants

Gomora viewers revealed the main reason why they watch the show. See more

Reports: People on Twitter react to a man that killed his wife in front of police officers