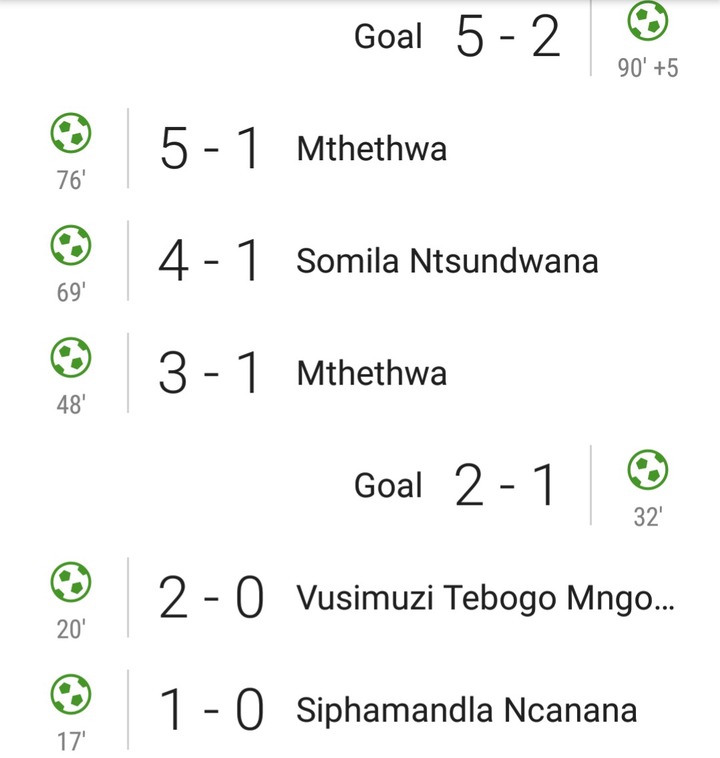 Seven minutes later, Mthethwa scored his second goal when he found the back of the net again in the 76th minute for a staggering 5-1 lead. Platinum City Rovers scored their second goal in the late 90+5 minute of the match, but unfortunately couldn't catch up with Richards Bay FC's lead as the home side won the match 5-2 at full-time. The top spot will now be a challenge between Richards Bay FC and JDR Stars as they have established themselves as the two dominant clubs in top. 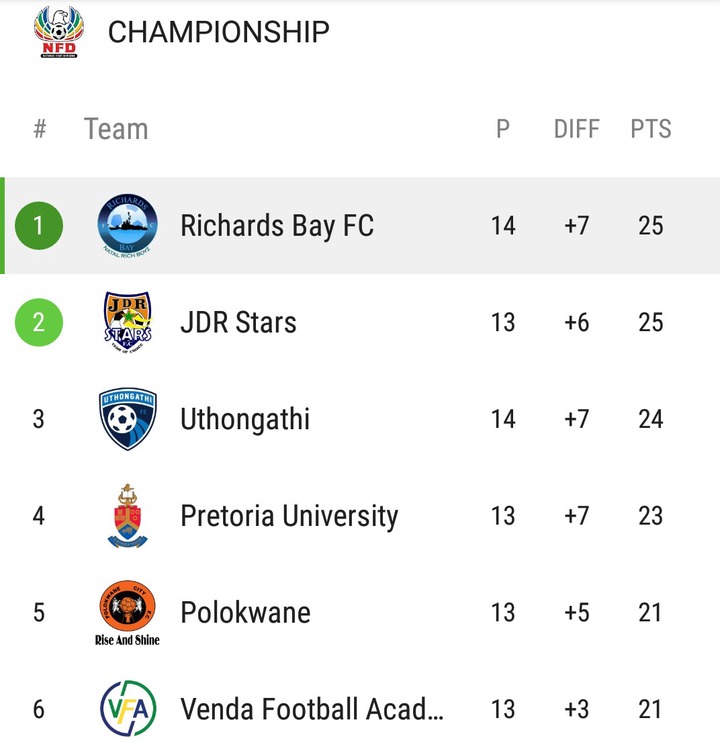