Barcelona vs Valencia: Predicted starting lineups, kickoff time, and how and where to watch the game on TV and online 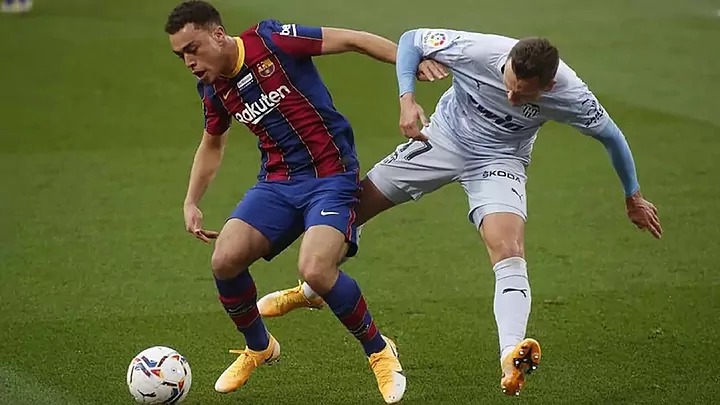 Barcelona against Valencia is a LaLiga matchup between Barcelona and Valencia. Memphis is the weapon Koeman requires.

Barcelona hosts Valencia in LaLiga Santander on Sunday night, with both teams eager to go back to winning ways after the international break. This is the weekend's big game, and we've got all the information you'll need right here.

Valencia started the season brightly under new manager Jose Bordalas, but they have lost their last four LaLiga Santander games and are currently in eighth place, one place ahead of Barcelona. The Blaugrana, on the other hand, have yet to truly get going this season, and were heavily defeated by Atletico Madrid in their last game before the break.

Despite the fact that the Catalan club has played one game fewer, the two teams' LaLiga Santander records this season are very comparable. Both teams have three wins and three draws. Valencia has then scored 12 goals and conceded eight, whereas Barcelona has one fewer goal in each column.

Valencia will use the game to get back on track and establish they are serious about this season, demonstrating that their early form was not a fluke. For Ronald Koeman's side, it's simply a matter of winning more games and climbing the table before the crisis and panic worsen, which they can ill afford with El Clasico just around the corner.

Ronald Araujo has been sidelined due to an injury sustained while on international service, but Jordi Alba has returned, and Ansu Fati is set to make his first start of the season.

In the meantime, Bordalas should have Jose Gaya and Carlos Soler available after both missing out on the Spain squad due to injury, but Thierry Correia will be too tired to play.

When will it begin?

The huge match between Barcelona and Valencia takes place at the Camp Nou on Sunday at 21:00 CEST. For viewers in the United Kingdom, that means 20:00 BST, and for those on the east coast of the United States, it means 15:00 EDT.

What is the best place to view it?