R20m In Two Months: How City Bossed The Transfer Window 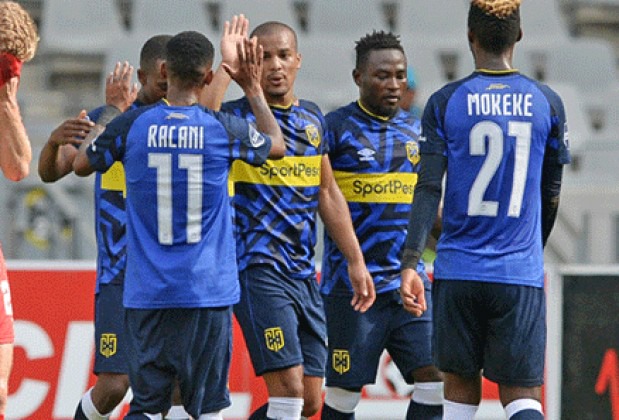 They might have lost two of their most powerful players, however Cape Town City's splendid business in the January move market has seen them pack a great R20 million in only two months.

As they have done since their origin in the association, City have figured out how to stay cutthroat while doing some really amazing business in the exchange market.

Any semblance of Gift Links, Lebogang Manyama, Aubrey Ngoma and Ayanda Patosi are only a couple of instances of the extraordinary business completed by the Citizens and their flashy manager John Comitis as of late.

The new January move window was the same for City.

The club figured out how to sell 34-year-old Surprise Ralani, and 24-year-old striker Fagrie Lakay to Mamelodi Sundowns and Pyramids FC individually.

Considering that Ralani was into the most recent a half year of his agreement and Lakay with only one year left on his, shows why City's business insight has been notably better than the rest.

As revealed by the Siya team, Ralani's change to the Brazilians in December saw City pocket R4 million for the player they endorsed on a free agreement from Helsinborg in Sweden back in 2018.

Also, the Siya group detailed in version 1259 of Soccer Laduma that Lakay's exchange to Egypt was in the district of $1 million, which at the current conversion scale is roughly R15.4 million. The club marked the assailant on a free agreement in 2019.

That is ±R20 million for only two players!

Abbubaker Mobara and Abdul Ajagun were likewise sold by the Citizens in spite of the fact that their exchange expenses stay undisclosed.

City figured out how to reinforce their crew with the expansion of Mogamat May and Erwin Gonzalez, while the club is surrounding the marking of Kajally Drammeh as detailed by the Siya group.