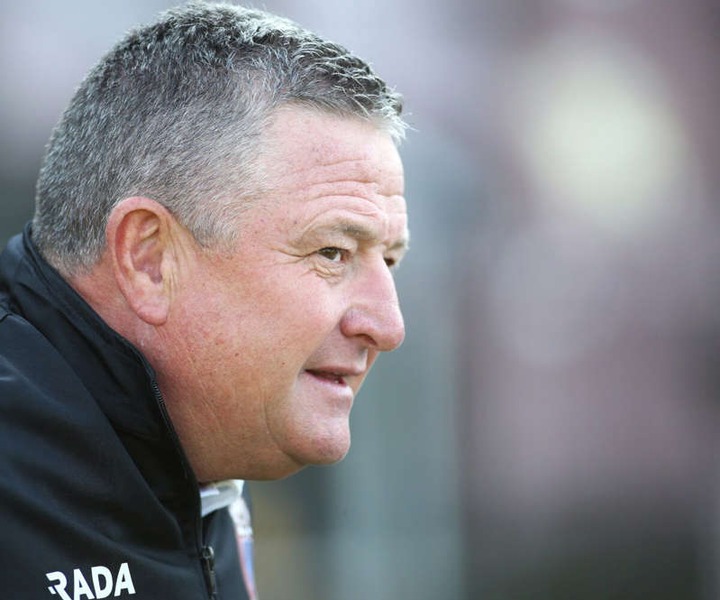 Swallows CEO Sipho Xulu is holding his assets away from plain view as the striving club looks for another lead trainer following the terminating of Brandon Truter.

The Birds, who are presently sixteenth – and last – in the DStv Premiership log, desire to be in a situation to name another manager in front of Saturday's conflict against Maritzburg United at the Dobsonville Stadium.

As revealed by The South African site, previous Chippa United mentor Gavin Hunt has arisen as the early leader to make it happen.

Notwithstanding, Xulu has wouldn't name any of the expected possibility for the empty post, saying just that the club has gotten a few applications.

"I can't say whether or not Gavin's name is there. There are a many individuals who have applied," Xulu told Sowetan Live.

"We got a ton of uses, some we know, others we don't have the foggiest idea. We need to declare it before the game against Maritzburg.

"Not long from now, we will have a mentor, regardless of whether it is between time or extremely durable.

"Each accessible mentor will be connected with us as of now."

Xulu added: "What I can perceive you is that we will have a mentor soon, when we settle on everything."

Chase is one of South Africa's most brightened mentors.

Lately it's been to a greater extent a battle for the previous Hellenic legend.

He was terminated as Kaizer Chiefs mentor following 10 months in the work and endured not exactly a large portion of a season at the Chili Boys.

Under Truter, Swallows recorded one win, five draws and six losses in their initial 12 matches of the 2021/22 season.

The uplifting news for Swallows is that their next three matches look 'winnable' – on paper in any event.

Swallows will next be in real life at home against eleventh set Maritzburg United on Saturday, 4 December (15:30).

That conflict will be trailed by an away match against fourteenth set Baroka FC (Tuesday, 8 December at 17:00), after which Swallows will have fifteenth put Marumo Gallants on Saturday, 11 December at 15:30.