As the Afcon qualifier draws near, Broos says that his critics are short sighted.

By Emmysticks (self media writer) | 2 months ago

When the Africa Cup of Nations qualifiers start in June, Bafana Bafana will play Morocco. 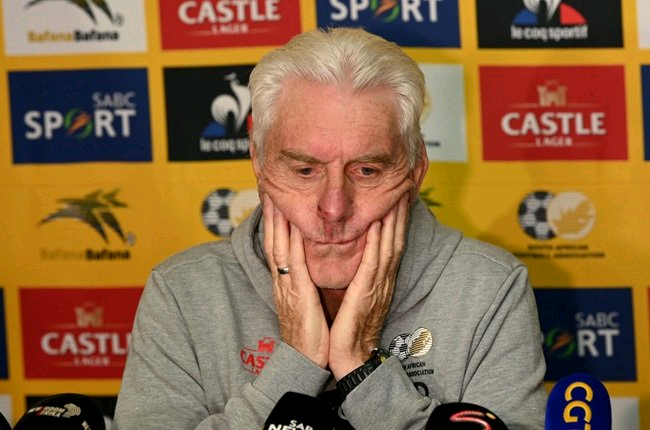 Hugo Broos, the team's head coach, said that 23 people will go to North Africa for the Group K match.

Broos says that he doesn't feel any pressure and that he thinks South Africa will make it to the Afcon next year.

When he talked to the press on Wednesday, Hugo Broos was once again in a good mood.

The 70-year-old head coach of Bafana Bafana thought it was a good time to defend himself and his team, saying that critics were "short-sighted and cheap."

READ | 'I will not pick Bongani Zungu!': No-nonsense Broos, the leader of Bafana, won't change his mind.

Broos took over for Molefi Ntseki in May of last year. He was in charge of the 2022 World Cup qualifiers, but Bafana lost their last group match to Ghana, which ended their hopes of moving on to the third and final round.

All of Bafana and Broos's focus is on the 2023 Africa Cup of Nations (Afcon), which starts next Thursday, June 9, with a match against Morocco in Group K.

Group A is made up of Nigeria, Sierra Leone, Guinea-Bissau, and Sao Tome and Principe.

Cape Verde, Togo, Eswatini, and Burkina Faso are in Group B.

Namibia, Burundi, and Cameroon are in Group C.

The Gambia, Congo, South Sudan, and Mali are all in Group G.

Broos wanted to clear the air or at least talk about a problem he thought was getting out of hand before talking about Afcon qualifiers.

"After the World Cup qualifiers last year, this is a new chapter for us," Broos told reporters.

"That goal "killed" us, and we didn't make it to the World Cup play-offs because of it."

Bafana haven't won a game yet this year, even though they've already played twice, against Guinea and world champions France.

Last week, the former Cameroon coach chose his 23-person team for the Morocco match. He didn't pick any big-name players, and many football fans criticized his choices.

But Broos says he doesn't feel any pressure and thinks South Africa will make it to the Afcon, especially since Zimbabwe was kicked out of Group K and only three teams are left.

"It was a success in my eyes. We had a new, young team, and out of the six games we played, we won four, tied one, and lost one. We had 13 points, and some research shows that South Africa has never had 13 points in any of its Afcon qualifiers in the past 12 years," Broos said.

"The most we could get was 12 points, so what we did wasn't bad, but after our game against Ghana, there were still people who didn't like it. I didn't get it, and it got worse after the friendly games against Guinea and France.

"I don't know why all of a sudden there were so many critics, but I can promise you that they don't bother me because they are cheap and short-sighted. People say things like the coach isn't good, etc.

Also: "You can't do everything," says Bafana boss Broos about leaving out Jali and Zwane.

"What I see happening to Pitso Mosimane in Egypt is that he won the Champions League twice, but today they "killed" him because he lost the final. So goes life.

"I'll keep working, and next year I'll try to get us into Afcon. I have no doubt that we can do it. We are in a group with Morocco and Liberia, which is a little different from qualifying for the World Cup.

The match will take place at the Prince Moulay Abdellah Stadium, so Bafana will leave early next week to go there.