By ExtraSure (self media writer) | 2 months ago

Every soccer player's dream is to one day play for the biggest clubs in the world and also be known as the best among his peers, as the likes of Lionel Messi, Cristiano Ronaldo, and David Beckham have done throughout the years. 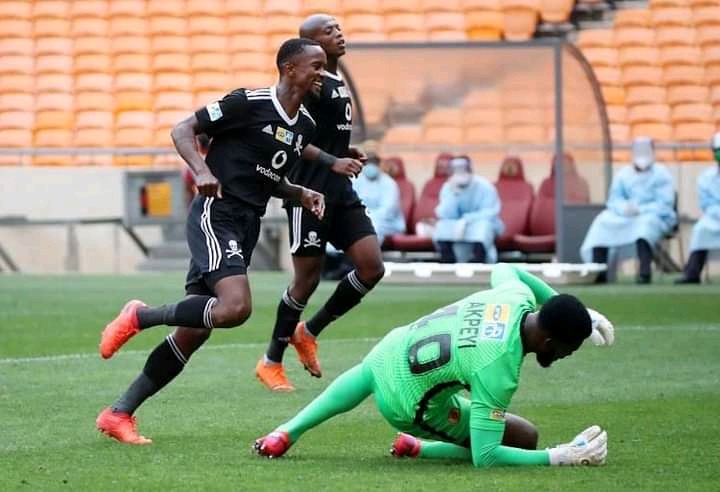 Orlando Pirates Football Club star, Linda Mntambo is no different as the former Chippa United Football Club player has been leaving no stone unturned to become one of the best players in South Africa, and along with his best friend and teammate, Zakhele Lepasa have been doing everything possible for them to become famous and well known.

The two are known for taunting each other on social media with their latest being when Mntambo said that he will slaughter a sheep for the Pirates striker after he bought a new iPhone 13 plus. 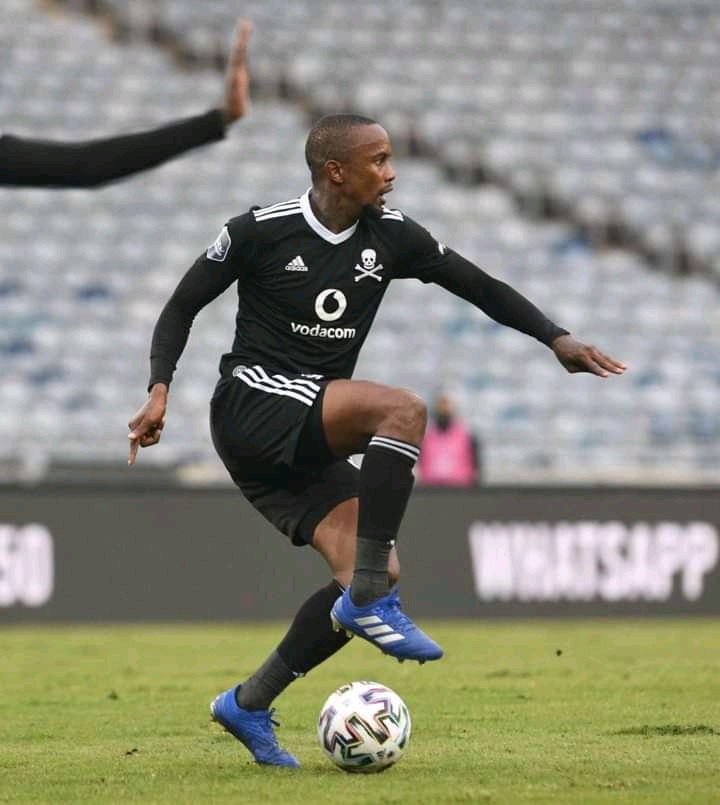 Their friendship has turned into a brotherhood as it seems impossible to not see them together or make fun of each other, as their friendship continues to grow at a rate that many footballers around wish they had one.

Yesterday evening they were at it again, as Lepasa took a video of the Pirates star sweeping his yard at his home, and Mntambo who was shot with the iPhone 13+ compared himself to former England and Manchester United Football Club superstar, David Beckham. 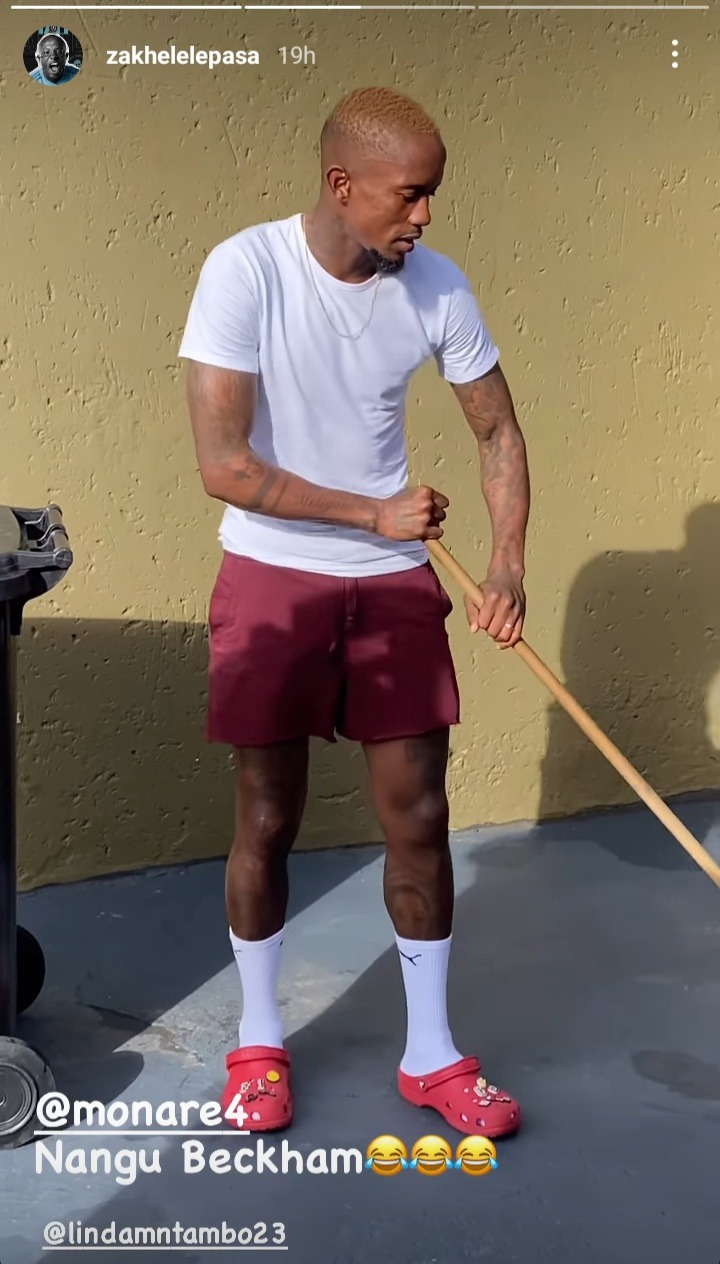 The 32-year-old said he is huge as Beckham in both worlds of entertainment and sports, which saw Lepasa tagging their teammate Thabang Monare(@monare4) to show him the Beckham of South Africa. 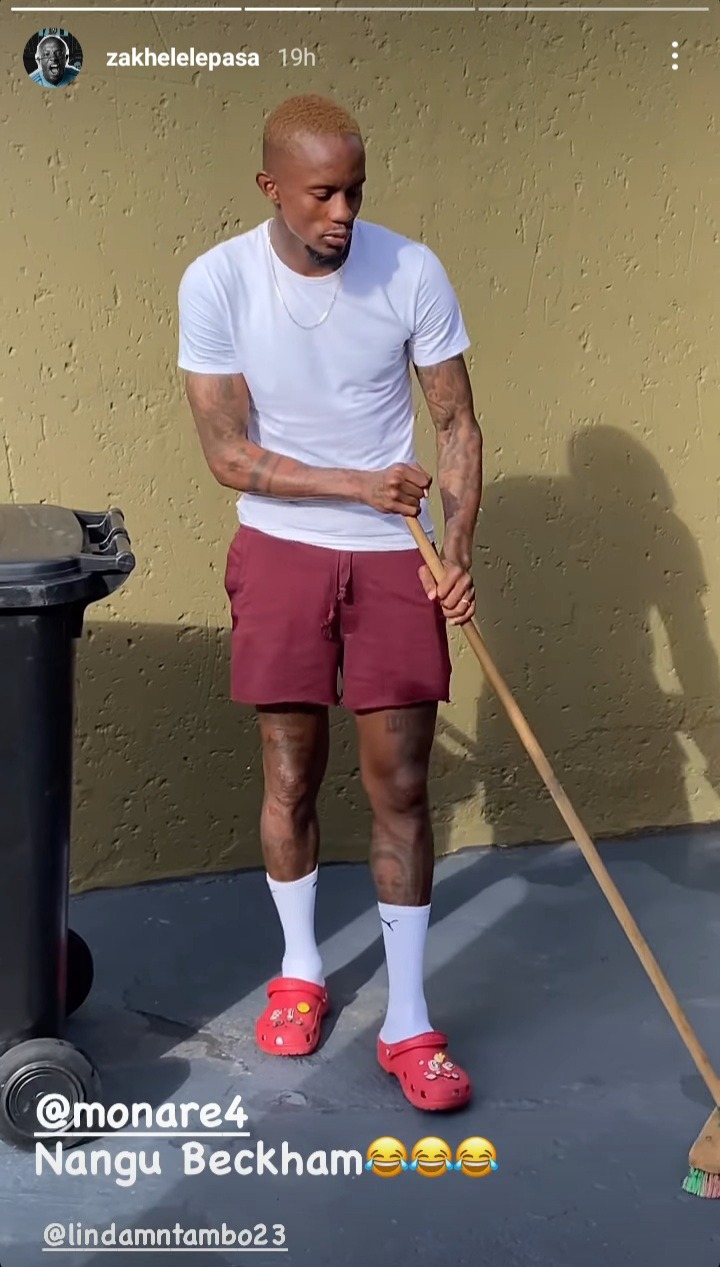 For me, they are one of the funniest soccer players in South Africa if not they are not the funniest, as the content they always put out for the world to see always leaves their followers and fans in stitches.

I can safely say, when it comes to humour and quality content, there is no one soccer player better than them in the country. 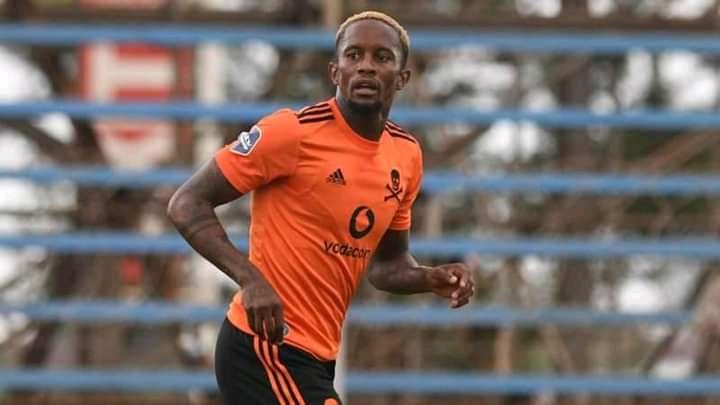 Orlando Pirates could sign Ex-Chiefs player, See who it is