Tinkler – I Think Overall We Deserved The Result 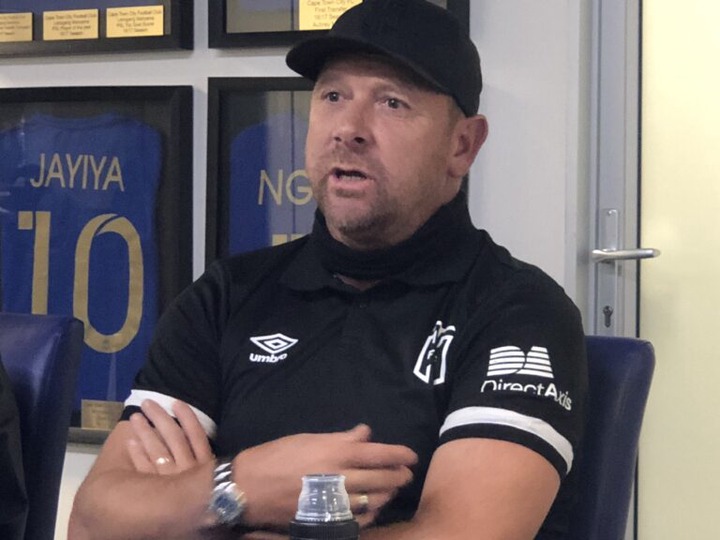 Cape Town City mentor Eric Tinkler was satisfied to get the three focuses in a troublesome DStv Premiership match against Marumo Gallants on Saturday after Thabo Nodada scored a late champ.

Nodada's 89th-minute strike saw City get the three focuses and climb to fifth on the table.

Tinkler said it was an intense game against Dan Malesela's group, yet he felt as the game wore on, Gallants started to blur, while City set out their best open doors.

"I generally realized this game would have been an extremely, troublesome game," Tinkler said after the match.

"Since Marumo Gallants, the brand of football that they play is a lot of a belonging based football crew.

"Furthermore, in the main half, they had one half-chance that Hugo Marques needed to come out. Furthermore, other than that, they didn't actually make anything.

"However, we didn't squeeze them the manner in which we had arranged. Our momentary football in the main half was not splendid in that first period, despite the fact that we made a couple of half-chances against them.

"In any case, as I said, our first half was not splendid, made a couple of strategic changes at halftime, as far as the arrangement, we began quickly the final part extremely, well. We got on top of them, we were winning the ball more regularly.

"They didn't have as much belonging, when they did we figured out how to shut them down quite early.

"Also, you could see on account of the force of the game, they began to blur and you could feel that the possibilities would come and we make in a real sense four incredible possibilities right at the passing.

"Furthermore, luckily one of those possibilities winds up as an objective through Thabo Nodada, and I think by and large I think we merited the outcome."