Essien Wanted To Play For Chiefs

An African football great and former Chelsea midfielder had shown an interest in playing for Amakhosi at some time during his career, according to a former Kaizer Chiefs player.

Hendrick ‘Pule' Ekstein had the honor of playing with Michael Essien in the second of his two-year stint in Azerbaijan, as the strong Ghanaian was finishing out his career at Azerbaijan Premier League team Sabail between 2019 and 2020.

The Bekkersdal native claims that the former Real Madrid great informed him of his desire to play for the Soweto giants.

In an interview with Soccer Laduma, Ekstein tells what the renowned Essien, who is currently an assistant coach at Danish Superliga team FC Nordsjaelland, taught him during his two years in Azerbaijan, where he played for two separate clubs in Sabah and Sabail.

You should recall that he traveled to South Africa as part of a Budweiser push. He is familiar with a number of teams in the area, but he told me that the Chiefs are the team he would most like to play for. “However, he has now retired and completed his coaching badges, and he is now coaching in Denmark,” Ekstein explained. 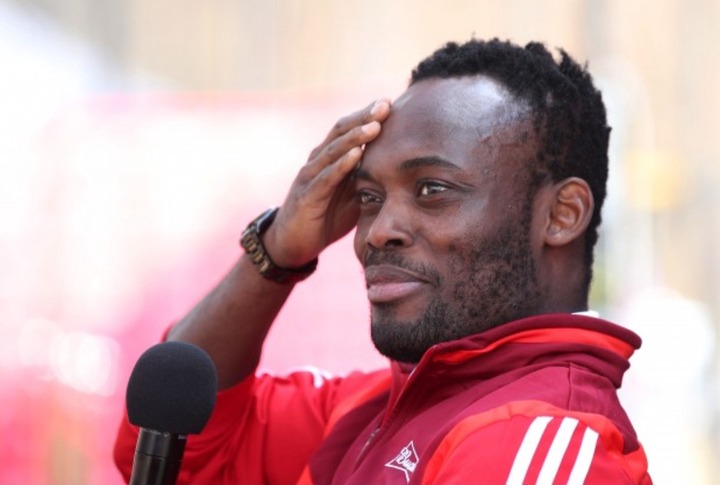