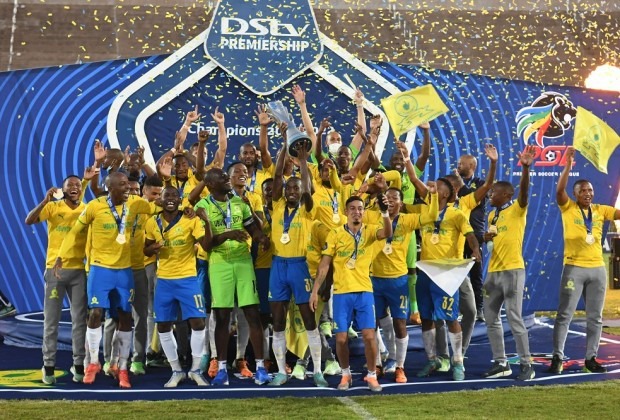 Sundowns complete a treble as a result of a last-minute goal. They are victorious thanks to a goal by Morena. The Nedbank Cup is a South African football tournament.

The Brazilians have now accomplished a perfect sweep in the Telkom KO and the DStv Premiership for the 2021/22 season.

The victory, however, was tarnished by the nasty side of football, as Sundowns fans invaded the Royal Bafokeng Stadium pitch.

After some lackluster performances from both teams early in the first half of regular time, the match was briefly disturbed by a supporter who intruded the pitch in the 12th minute.

As the topless and bare-footed supporter was carried out by security officers, he managed to elude the stewards stationed on the track field and stormed onto the pitch, where his attention-seeking move was welcomed with deafening cheers and clapping from those watching from the seats. 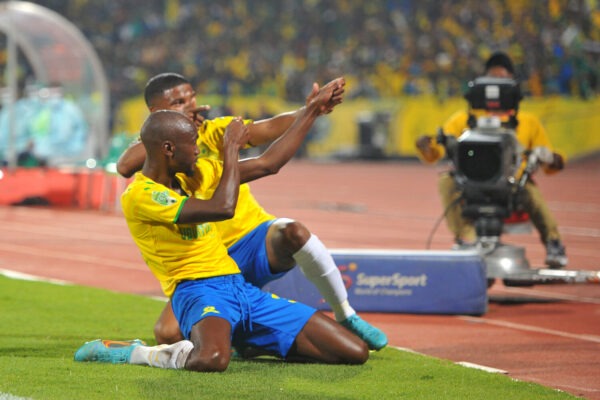 Gaston Sirino believed he had put his team ahead in the 20th minute when he blasted a spectacular curler past Washington Arubi.

However, Masixolele Bambiso, the man in the middle, disallowed the goal because the Masandawana player was ruled to have committed a foul before rattling the net.

Peter Shalulile opened the scoring three minutes later with a never say die attitude, battling for the ball to the bitter end and slotting past Arubi.

Meanwhile, Marumo had their own chances, the most dangerous of which came from a Ndabayithethwa Ndlondlo.

Thato Khiba's right-wing cross found the Gallants' key player, and after setting himself and keeping the height of his jump just right – it was his header execution that let him down, as he blasted his effort high over the bar.

When defender Brian Onyango could not recover from a foul, the Brazilian coaches, who were visibly irritated by some of the referee's rulings, were forced to make a first-half substitute in the 40th minute. Mosa Lebusa was dispatched to take the Ugandan's position.

When Themba Zwane was substituted in around the hour mark, he received one of the most emotional welcomes. His impact on the game was instantaneous, as he wowed the crowd with his talent and elegance, creating opportunities for his teammates.

Dan "Dance" Malesela should be proud of himself for making a brilliant substitute in the 76th minute, when Junior Dion replaced Lebogang Mabotjta.

The Ivorian required just three minutes to level for Gallants, and his goal was greeted with elation from the Gallants bench and supporters as the strike forced the game into extra time.

In extra-time, nothing could separate the teams, and things became even worse for Malesela's team when Ndlondlo was sent off for an early shower in the closing seconds of the game by Downs.