Are Kaizer Chiefs having a striker crisis?

By Therichman (self media writer) | 17 days ago 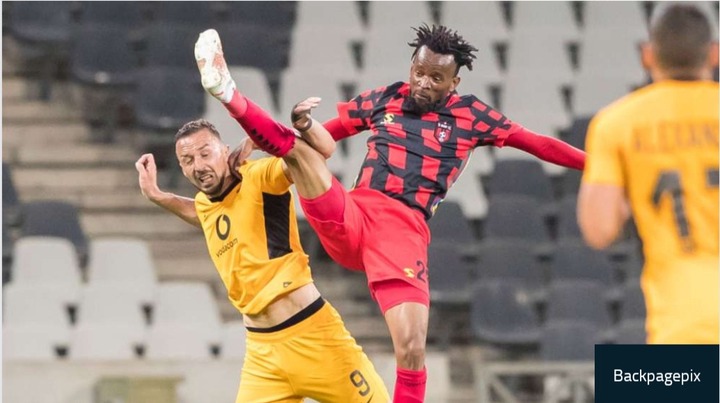 The Glamour Boys have only scored three goals in their five league matches this season due to a mix of injuries and out-of-form players.

Up forward, the defenders are leading the way.

Two of Amakhosi's three league goals have come from defenders Daniel Cardoso and Sifiso Hlanti, with Khama Billiat being the only striker to score in nearly 450 minutes of Premiership play for Chiefs.

Billiat is out of form.

The Zimbabwean striker should have a lot more goals this season, but he's been wasteful thus far. In reality, he's never been able to match the level of output he had at Sundowns.

Manyama's wind is both hot and freezing.

It's been much colder recently, and Manyama was taken off at halftime on Sunday due to his poor performance in the 0-0 tie against Marumo Gallants. He hasn't performed well for the Glamour Boys in a long time. He's also been plagued by injuries.

Even so, there were times when Manyama scored and assisted on a regular basis. But he's not getting any younger, and some of his recent performances don't indicate that he'll be the one to save the Chiefs.

Nurkovic's nagging knee ailment has finally caught up with him, and he underwent surgery on Wednesday that will keep him out for up to six weeks. Prior to that, the Serbian was already struggling with his form.

In terms of physical presence up front, the most like-for-like alternative for Nurkovic, Leonardo Castro, has missed the entire season due to injury.

The number of injuries is increasing.

Dumisani Zuma isn't a prolific goal scorer, but he does provide a couple and is a capable creator. He's been injured for the entire season.

Kgaogelo Sekgota is a wide attacker with a considerable level of goal-scoring ability, similar to Zuma. But, after getting hurt in the club's 4-1 loss to Royal AM a fortnight ago, he was recently added to the list of the club's walking wounded.

It was hoped that Keagan Dolly would be the man to turn around the team’s fortunes. But after a very promising start, the impact of the former Mamelodi Sundowns playmaker has faded quite a bit over the past few games.

The bad news is that there are no remedies in sight.

Bernard Parker and Lazarous Kambole are two more forwards on the books, so there are plenty of possibilities. However, Baxter and his technical staff must be quite concerned that none of the current, large group of attackers has demonstrated any semblance of continuous goal-scoring form in months.

The only option appears to be to go to the market in January, or to hope that a few players return from injury and that some of the front men begin to rediscover some form.

There aren't a lot of goal scorers in midfield, either. Set-plays and headers from players like Cardoso and Erick Mathoho could be beneficial.

Overall, the situation does not speak good for Amakhosi's chances of breaking their six-year trophy drought.