By Daily-NewsSA (self media writer) | 2 months ago 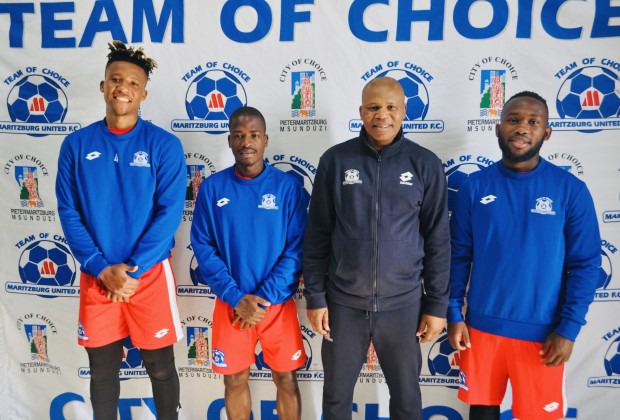 As John Maduka continues to assemble his team, Maritzburg United has announced the addition of three more players.

Siboniso Conco, a former Golden Arrows winger, Tshidiso Monamodi from nearby Royal AM, and Brian Hlongwa from Uthongathi FC have all joined the KwaZulu-Natal team.

Conco, Monamodi, and Hlongwa have all signed two-year contracts with the team ahead of the upcoming season, according to The Team of Choice.

The new players' receptivity to his methods has pleased head coach John Maduka.

According to the club's social media, Maduka stated that "slowly but surely the squad is taking shape. What has been particularly encouraging is how the players have adjusted to the approach we are seeking to instil at the club.

As we get ready for the start of the new season, we have a number of friendlies scheduled for the next two weeks. These will give the players time to gel and give us a chance to evaluate our lineups so that we can start the League strong.