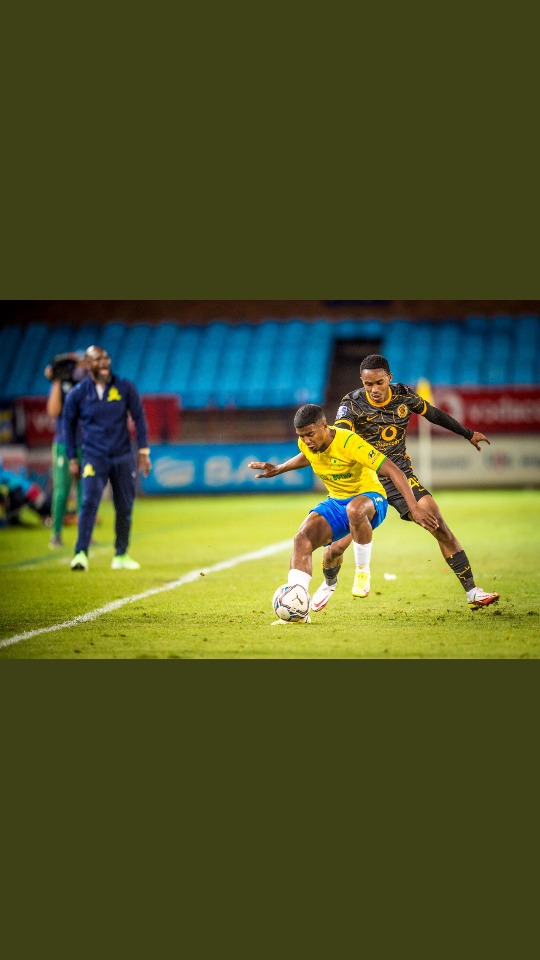 Kaizer Chiefs were on a high, after winning 2 - 0 against Baroka before the FIFA international break. They made one change from the team that beat Baroka with Thabani Dube replacing Bernard Parker.

It was a good first half for Amakhosi. They created good chances as Samir Nurković found himself on the left wing and delivered to the back post for Njabulo Blom, who side-footed back into Keagan Dolly on the edge of the box and he rifled the volley just over the bar on his weaker foot. 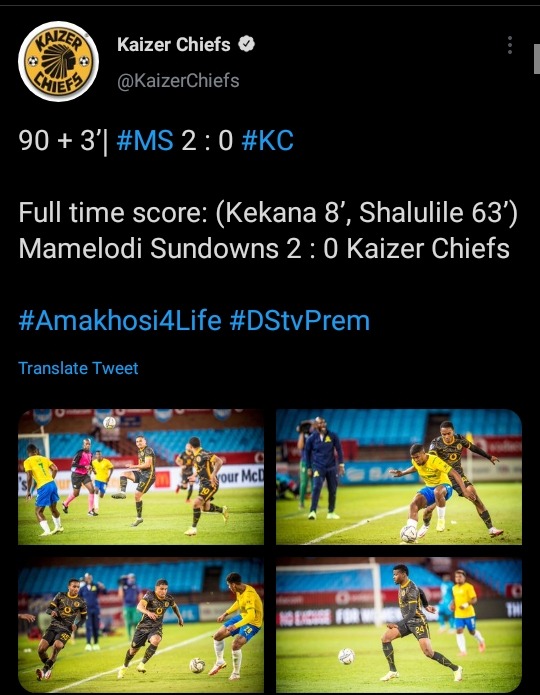 Unfortunately, their missed chances came to haunt them... just a few minutes later Mamelodi Sundowns snatch the lead in the first opening minutes of the game from a set-piece. Gaston Serino delivered a free-kick that found the new signing Grant Kekana, who headed the ball to the top corner of the net.

Cheifs came close to finding an equaliser in the half hour mark. However, Mamelodi Sundowns were ruthless, as they scored the second game from their first serious attack after the break.

Amakhosi were then given a lifeline to get back into the game, when Rivaldo Coetzee handled Cole Alexander's cross to concede a penalty. Unfortunately, substitute Lebohang Manyama hit the woodwork.

Mamelodi Sundowns moved to the top of the table of the Dstv Premiership log. While, Kaizer Chiefs were handed their first defeat of the season.

Kaizer Chiefs fans were not happy about the team's performance, and blamed it on the head coach Stuart Baxter. Fans think they've already seen enough and want him gone.

Here is what they had to say...

"@MatimuTrusted: Kaizer Chiefs must fire Stuart Baxter before it's too late."

"@JustStar_: I don't care how y'all praise Stuart Baxter. But he is a bad coach. Cheifs ain't going to win any silverware with him."

"@luciah_PS: Gavin Hunt did not have the options Stuart Baxter has."

@MIDibo: Stuart Baxter is doing injustice to Kaizer Chiefs team... the potential is there."

'@TheRealMoh23: Stuart Baxter has a good opportunity to beat the 3 coaches team but he will fuck up with his starting eleven." 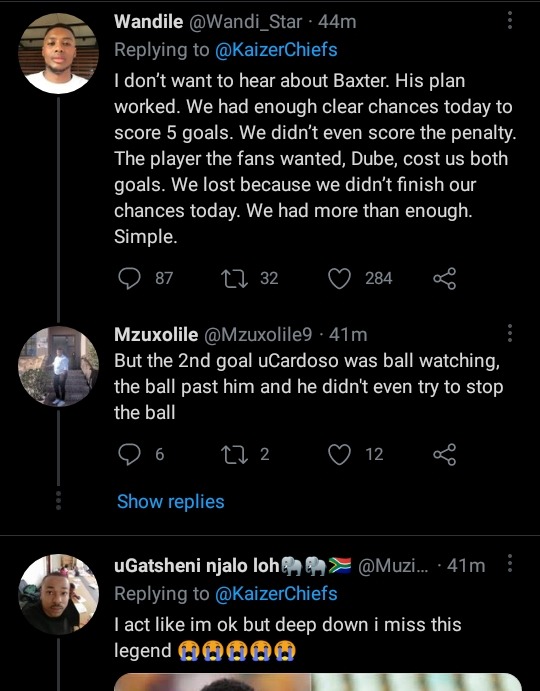 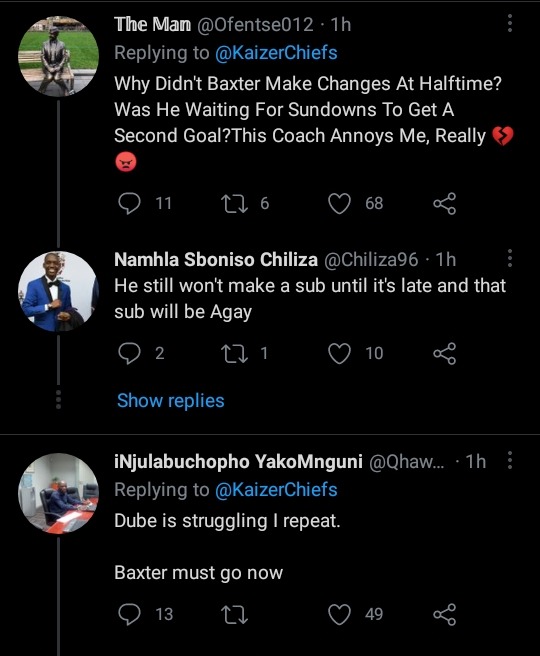 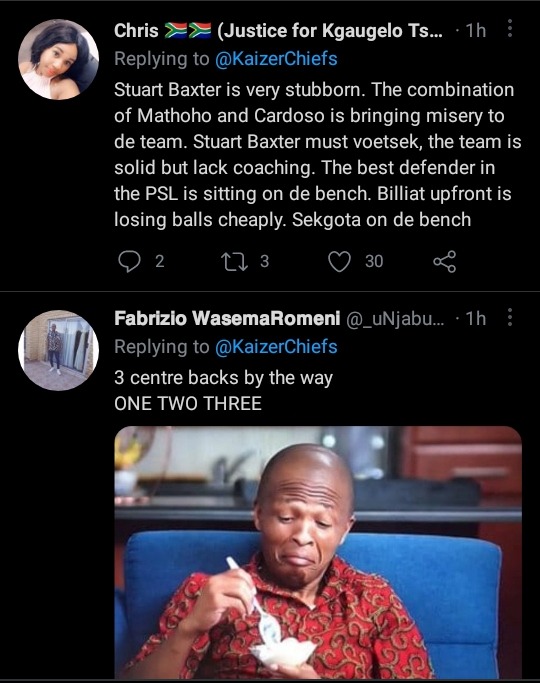 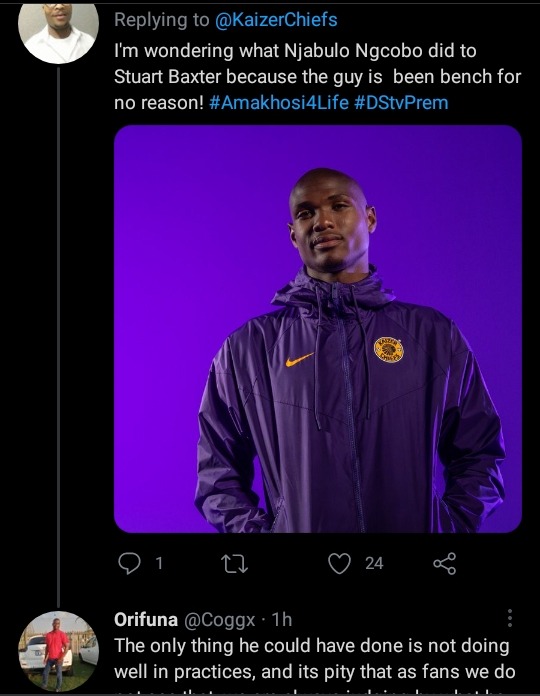 Do you think Kaizer Chiefs fans should give Stuart Baxter more time? Please leave a comment down below and let me know what you think.

Don't forget to like and Follow my page for more football updates. I highly appreciate your support. 💪🏿❤

Content created and supplied by: Ntsako21 (via Opera News )