Bartomeu believes it was a mistake to let Messi leave Barcelona. 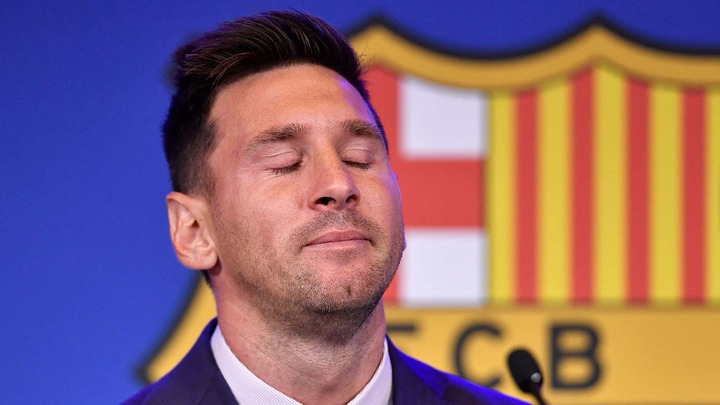 The previous Blaugrana president blocked the Argentine legend's departure from Camp Nou in 2020, but he joined PSG as a free agent the following summer.

Barcelona's decision to let Lionel Messi go in the summer of 2021, according to Josep Maria Bartomeu, was a "mistake," with the former Blaugrana president suggesting that he would only have allowed the Argentine to leave for MLS or Asia.

That attitude was adopted in 2020, when Messi, a six-time Ballon d'Or winner, was told that he would not be released from the final year of a lucrative deal.

When that contract expired, and financial mismanagement prevented him from signing new ones, the all-time great packed his belongings and joined Ligue 1 powerhouse Paris Saint-Germain.

'No, gaffer, our training isn't intense enough!' - Terry's altercation with Benitez in the Chelsea changing room is remembered by Ba.

Allowing Messi to leave is a mistake. He is much more than a football player.”

Is it possible that Barcelona made a mistake?

In the end, the Liga giants had no choice except to watch Messi walk away and join with whichever team he pleased.

Given their spending prowess and the presence of Neymar and Kylian Mbappe at Parc des Princes, PSG was always going to be an obvious draw, but Bartomeu is disappointed to see a Barcelona great in France.

He claims to have told Messi that the Blaugrana would have been happy to let him take on a new challenge at the end of his career if the adventure took him outside of Europe.

"Messi wanted to leave the club, we talked about it, and I said no," Bartomeu stated when asked about the infamous Burofax episode in 2020, in which Messi first notified Barca of his wish to leave.

I've always believed that Messi is vital to our club, and that he is vital to Barca, and that his departure would be a major concern, as I believe it is now.

I told him that if he wanted to go to Qatar, China, or the United States like Xavi and Iniesta, we could talk about it and arrange a tribute and farewell. Messi, on the other hand, had yet to join a team and desired to be free.

PSG's Leonardo calls Messi's transfer a "surprise for everyone."

"We told him, 'We want Barca to be your final European club.' It's fine if you want to travel to another continent later, but we want you to stay with us.' That was part of the drama of the summer of 2020: we told him we wanted him to stay, and he said he wanted to go somewhere but didn't know where. I constantly inquired as to where he desired to travel."

Women should not be killed but appreciated. Do this for them

EXPOSED| 7 ANC Senior Managers Resign After Failing To Prove Their Qualifications To The New Mayor.