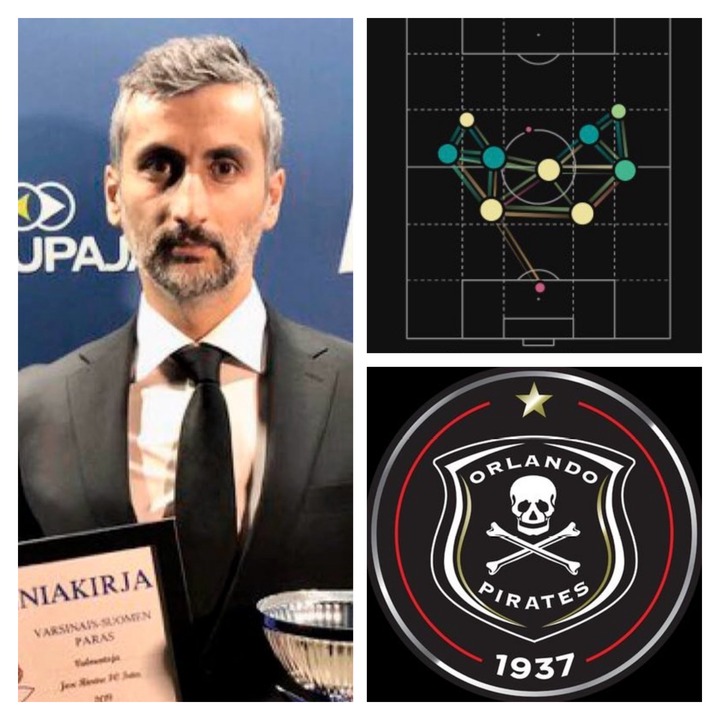 It's confirmed why Orlando Pirates have appointed Riveiro he is a pioneer of playing not only beautiful football but also attractive football. It's safe to say that big things are coming at Orlando Pirates, Manchester is one of the top five football teams in the world and right now Orlando Pirates is going to implement the same style of play, we may be one of the best teams in Africa a few months from now on. 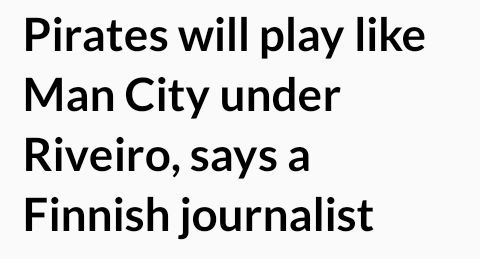 He may be a young coach but when it comes to tactics he is a genius, a top-class journalist won't compare you with a top team like Man City by accident.

He is not at the same level as the coach of Manchester City, but when it comes to football she shares the same philosophy with Manchester City. If you follow the English Premier League you would know that Manchester City is playing total football, it's not easy to get a positive result the club hardly loses.

In Finland, before he left his former side qualified for the Europa Conferences League it's a tournament that was won, by Jose Mourinho which he is a legendary tactician. 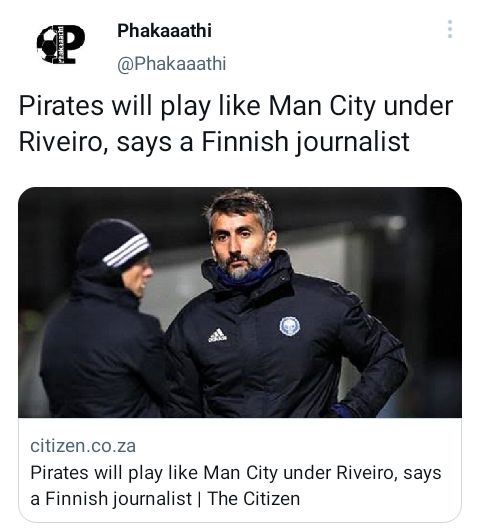 This season we are expecting Orlando Pirates to play two different formations 4-3-3 or 3-4-4 but in Finland, during his last season, he played 3-4-2-1. He likes to build slowly, in Google there's not a lot of information about the coach but he likes to talk about football despite coaching at the highest level in his previous job this is going to be his biggest challenge as a coach. He is calm I think he is going to prove a lot of people wrong, it's clear that he is not scared of a challenge with our players I think he is going to be successful he may leave our team as a legend.