It's Official: Bafana Drop In FIFA Rankings. See this.

It's official: Bafana Bafana has dropped to the bottom of the FIFA rankings. 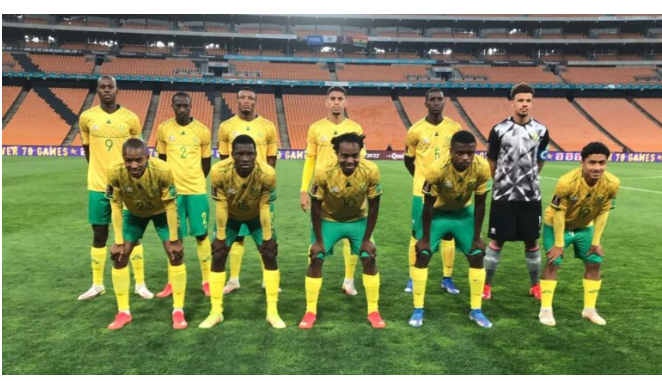 Following their defeat to Ghana earlier this month, Bafana Bafana have seen their position in the FIFA rankings slip.

Despite the fact that Hugo Broos' squad had been making favorable headlines, their recent loss to the Black Stars, which is currently under investigation by FIFA, has caused them to drop two places in the latest FIFA rankings.

South Africa had previously risen to the 66th position in the globe, but has now dropped to the 68th position.

Moreover, the Bafana Bafana have slid from 12th to 13th place on the African continent, with Congo DR gaining ground on Mzansi in the CAF standings.

Senegal have maintained their position as the highest-ranked CAF nation in 20th place, followed by Morocco in 28th and Tunisia in 29th — with the latter two countries swapping positions this year. 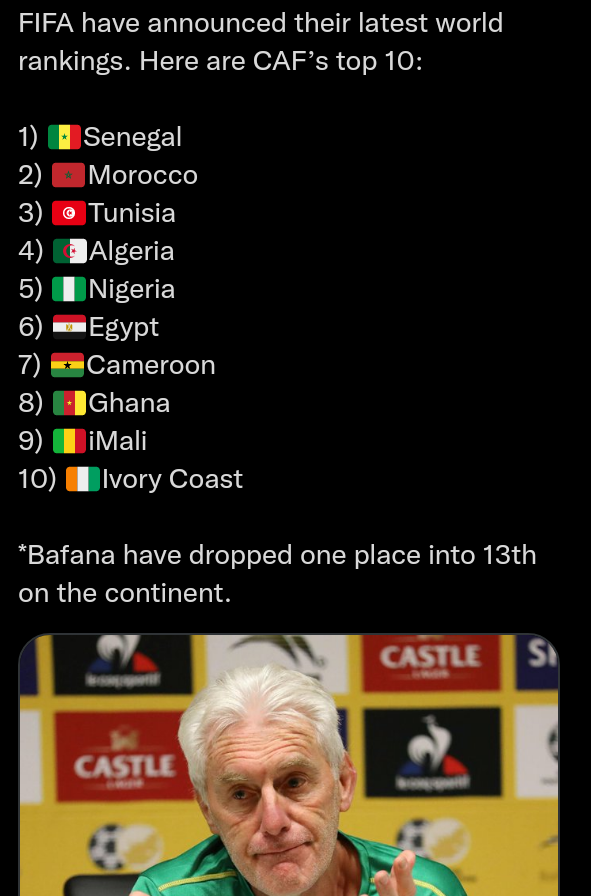 Belgium is still in the lead. Brazil is at the top of the world's rating, followed by France and the United Kingdom, respectively.

Alcohol and Drug Abuse is the Cause of Unemployment in South Africa - Zim Man Claim.