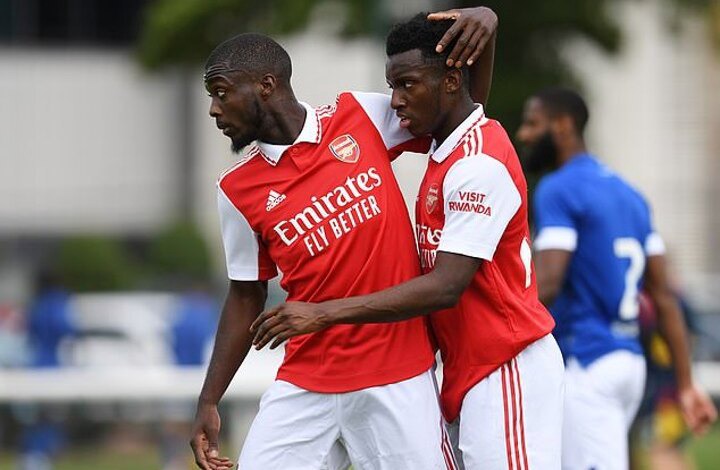 Nketiah scored the game's first goal only 30 seconds after Ipswich turned the ball over in a risky area to get Arsenal off to a rout of the League One favorites in a friendly played behind closed doors at London Colney.

The striker, who ended months of rumors about his future by inking a new long-term contract less than two weeks ago, saw Christian Walton save his header before assisting Sambi Lokonga.

Although Nicolas Pepe came near with a curling attempt, Nketiah grabbed the spotlight by scoring twice quickly to complete his hat-trick.

In order to give young players experience, manager Mikel Arteta was able to use players who had not recently competed in international games. He introduced Folarin Balogun and changed his entire lineup at halftime.

After his original attempt struck a post, the 20-year-old England youth hotshot added the fifth goal, capping his return from a loan stint at Middlesbrough that spanned the second half of the 2022–23 season.

Before halftime, Leno stopped Sam Morsy, while during the second half, Arsenal's backup goalkeeper Arthur Okonkwo tipped Lee Evans' shot over the crossbar.

A late consolation goal from Sone Aluko was made for The Town team also had near calls from Kyle Edwards and Kieran McKenna's men.

Monday marks the start of Arsenal's training camp in Germany, which Arteta will lead up to a match at Nurnberg on July 8.

Gabriel Jesus, a forward for Manchester City, is anticipated to have finished his £45 million transfer to the Emirates Stadium by then.

Then, Arsenal plays three games in the United States. Beginning on August 5, their Premier League season will be against Crystal Palace. 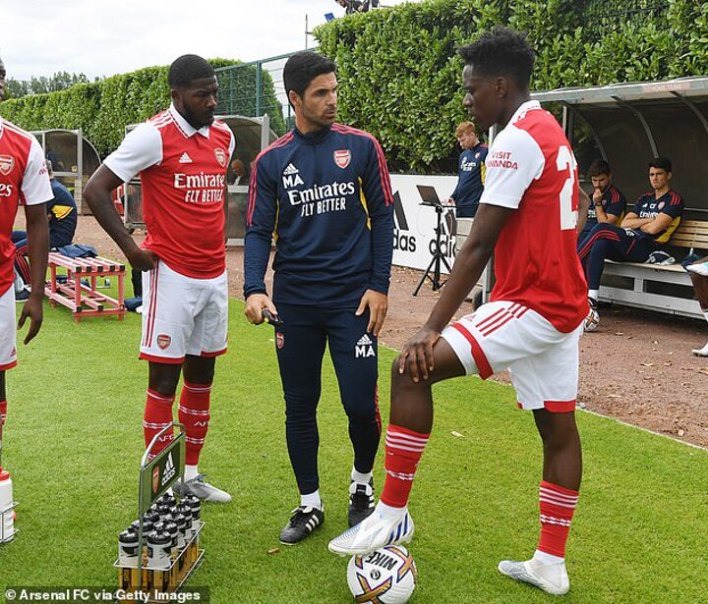