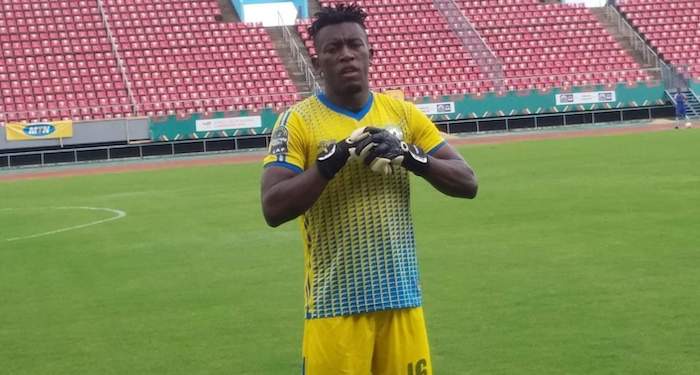 Maritzburg United mentor John Maduka has one more expansion to his group in front of the beginning of the 2022/23 season, with SABC Sport insiders affirming that Cameroon worldwide Derrick Fru has put pen to paper.

The Team of Choice had a nearby shave with transfer in the 2021/22 DStv Premiership crusade, under then mentor Ernst Middendorp, while keeping cleansheets was a real worry with goalkeeper Marcel Engelhardt yielding 31 objectives in 29 association matches.

Since position has been reinforced with the appearance of Fru, who was already on the books of Coton Sport in his country.

SABC Sport comprehends Fru will be disclosed before long and has focused on a two-year agreement, which comes as a monstrous lift for Maduka as Maritzburg plainly expected to go into the market for a shotstopper.

Following the declaration of three players last week, Maduka recommended he was all the while hoping to put his engraving in the group.

"Gradually the crew is coming to fruition and what has been truly reassuring is the means by which the players have adjusted to the philosophy we are taking a gander at ingraining at the club," the mentor was cited on the club's virtual entertainment.

Move business somewhere else in the nation is that veteran midfielder Granwald Scott, who was a 2016/17 Premiership title victor with the now dead Bidvest Wits, will be getting back to his foundations and joining Cape Town Spurs following his Stellenbosch FC exit.

Scott, 34, played for Spurs (then known as Ajax Cape Town) and captained the side somewhere in the range of 2004 and 2015, preceding spending a year in Slovakia and afterward returning home to join Wits while trained by Gavin Hunt.