Kaizer Chiefs coach Stuart Baxter had no complaints after his side's 4-0 drubbing of Chippa United on Saturday evening.Chiefs ran rampant at FNB Stadium to resume action after the international break in ideal fashion at FNB Stadium. 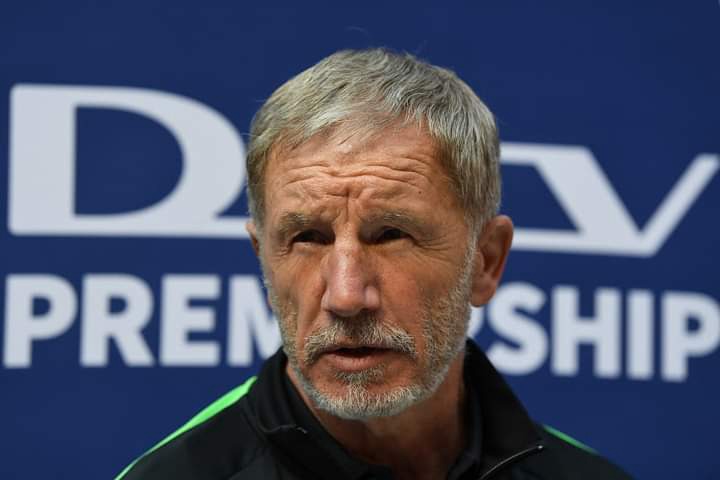 Despite having found of the back net four times, Baxter feels his side could have scored more.I thought the lads played well tonight," Baxter told SuperSport TV.What Ngcobo did wrong compared to Rivaldo was accurate passing rather than that he played his role as Holding Middlefield delaying play.

It was probably a closer game than 4-0. We decided in the second half we would play deeper. We invited a few crosses. When you take your chances and don't miss chances and when you prevent your opponent instead of giving the opponent those moments I was speaking out before the game.

For them to get on the scoresheet, it's great for their confidence. Confidence breeds confidence. We said we should concentrate on our performances. We shouldn't concentrate on everything that is said or speculated. And that's what the boys did and they did it very well and I'm very pleased in that respect," he concluded.

Njabulo Ngcobo is not a defensive Midfielder,or he is just lacking confidence, I don't know. But he is not himself when playing in the midfield. Too many back passes, as if not sure what do when he is on the ball he must really give us something in midfield. I also think coach is not instilling necessary confidence to him. I feel like he is not confident in him and his abilities. Look at Rivaldo for instance.

I would like to see Kgaugelo Sekgota, Happy Mashiane and Dumisani Zuma But will always support anyone selected on matchday.It's clear Zwane is the one gave Baxter line up. Baxter only did substitution but the rest was Zwane's plan.