The Origin, History and Invention of Soccer.

By Sauhatsi.David (self media writer) | 2 years ago

It is said that some of the people don't actually know where football was formed. So we are finally revealing the history to those who don't know to know and keep it in their minds about the football/soccer we are loving this much. 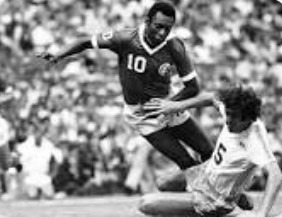 Somehow we in Africa thought football is originated from our Continent, well it's debatable. The are a number of conflicting beliefs concerning the question of who invented soccer known as football in the most of the world. This is the most popular sport today. Let's explore how soccer developed. 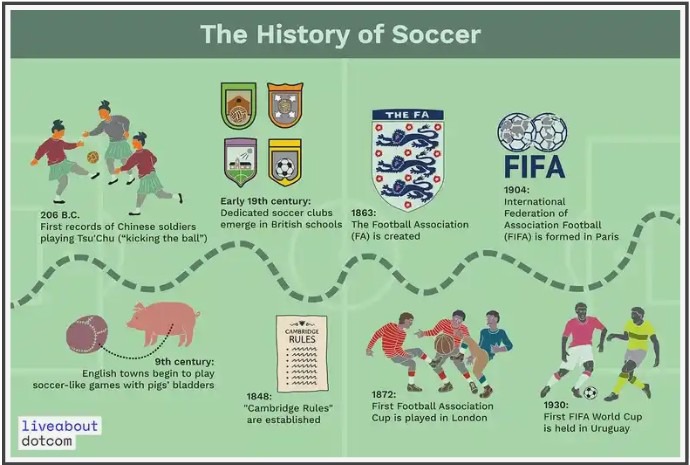 In the ancient times some suggest that the history of soccer dates back as far as 2500 B.C. During this time the Greeks, Egyptians and Chinese all appear to have partaken in games involving a ball and feet.

Most these games included the use of hands,feet and even sticks to control a ball. The Roman game of Harpastum was a possession-based ball game in which each side would attempt to retain possession of a small ball for as long as possible. The Ancient Greeks competed in a similar game entitled Episkyros. Both of these pursuits reflected rules closer to rugby than modern day soccer.

The most relevant of these ancient games to our modern day "Association Football" is the Chinese game Tsu'Chu(Tsu-Chu or Cuju, meaning "kicking the ball"). Records of the game began during the Han Dynasty(206 B.C. - 220 A.D.) and it may have been a training exercise for Soldiers 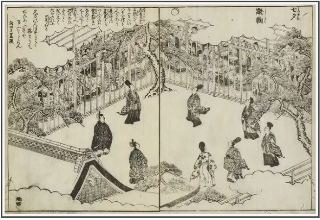 Tsu'Chu or Cuju is recognised as it is in the picture above.

Tsu'Chu involved kicking a small leather ball into a net strung between two bamboo poles. The use of hands was not permitted but a player could use his feet and other parts of his body. The main difference between Tsu'Chu and soccer was the height of the goal which hung about 30 feet from the ground. From the introduction of Tsu'Chu onwards, soccer-like games spread throughout the world. Many cultures had activities that centered on the use of their feet including Japan's Kemari which is still played today. The Native Americans had Pahsaherman, the indigenous Australians played Marn Grook and the Moari's had Ki-o-rahi, to name a few.

The home of soccer is Britain. Soccer began to evolve in modern Europe from the mediaeval period onwards. Somewhere around the 9th century, entire towns in England would kick a pig's bladder from one landmark to another. The game was often seen as nuisance and was even banned during some periods of Britain's history. 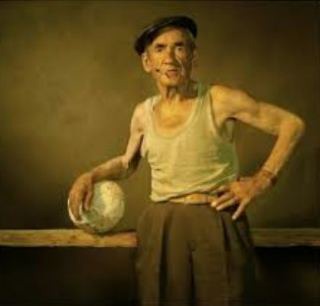 Various forms of what is now known as "folk football" were played. Some of the British games pitted two massive and rather mob-like teams against one another. These could stretch from one end of a town to the other with both teams trying to get the ball into their opponent's goal.

It's said that the games were often low scoring. Standard rules were not enforced, so almost anything was allowed and play often became quite violent. Shrove Tuesday of saw the biggest games of the year and most matches were a big social event. As the country industrialized the limitations of the cities and less leisure time for workers saw a decline in folk football. This was partially attributed to legal concerns over the violence as well.

Versions of folk football were also played in Germany, Italy, France and other European countries.

The Emergence of Modern Soccer was now introduced. The codification of soccer began in the public schools of Britain at the beginning of the 19th century within the Private School System Football was a game in which the hands were used during periods of play and grappling allowed, but otherwise, the modern shape soccer was being formed 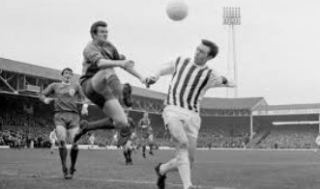 Two barless goals were placed at each end, goalkeepers and tactics were introduced and high tackles outlawed. Yet,the rules varied greatly because some resembled the play of rugby while others preferred kicking and dribbling. Space restraints did cool the game down from it's violent origins, however.

The rules and regulations continued to evolve in Britain and by the 1800s dedicated soccer clubs at schools began to emerge. Again even in its semi-organized form the rules stretched from rugby to modern soccer. Players often tripped each other and kicking an opponent in the shins was only frowned upon when he was held. Over the years schools began playing matches against one another. During this time players were still allowed to use their hands and were only permitted to pass the ball backward as in rugby. 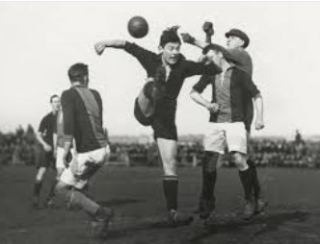 In 1848 the "Cambridge Rules" were established at Cambridge University. While this allowed students to move up in the ranks as they graduate and adult football clubs became more common, players could continue to handle the ball. There was still quite some way to go in producing the modern game of soccer we see today. 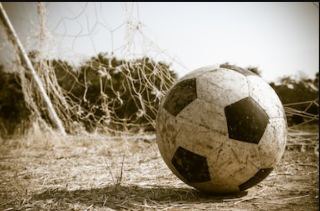 The Football Association was now created. The word soccer was derived from an abbreviation of the word association. The -er suffix was popular slang at the Rugby School and Oxford University and used for all sorts of nouns the young men shortened. The association came from the formation of the Football Association (FA) on October 26, 1863. During this meeting the FA attempted to bring together the different codes and systems used across Britain to form one accepted set of soccer rules. Carrying the ball was banned as were the practices of shin-kicking and tripping. This led to the departure of the Blackheath Club who preferred the rougher rugby style of play. 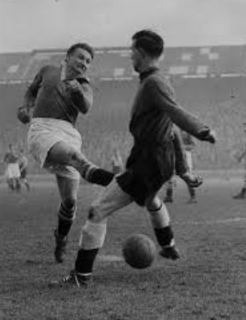 Eleven clubs remained and the rules were agreed upon. However even in the 1870s a number of regions in Britain continued to play by their own rules. 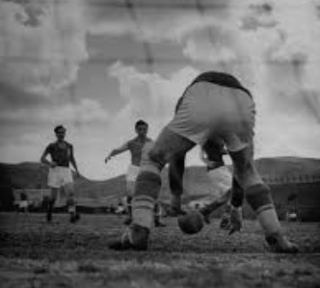 Now soccer went Pro over the years as more clubs joined the FA until the number reached 128 by 1887. The country finally had a nearly uniform rule structure in place. 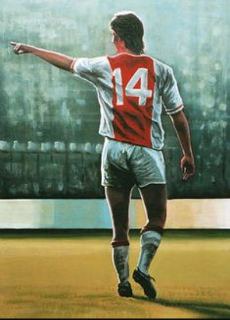 In 1872 the first Football Association Cup was played. Other divisions were formed including the Football League in 1888 in the north and midlands of the country and the first championship league games were played. 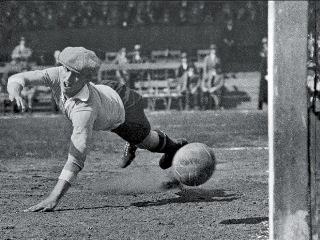 According to the FA rules players were to /must remain as amateurs and not receive pay. This became an issue in the 1870s when few clubs charged admission to spectators. Players were obviously not happy and demanded compensation for their training and game time. As the popularity of the sport grew so did the spectators and revenue. Eventually clubs decided to begin playing and soccer turned into a professional sport.

Soccer then spread worldwide as it did not take long for other European countries to adopt the British love of soccer. Leagues began popping up throughout the world at the Netherlands and Denmark in 1889, Argentina in 1893, Chile in 1895, Germany and Uruguay in 1900, Hungary in 1901 and Finland in 1907. It was not until in 1903 France formed their league even though they had adopted the British sport long before. 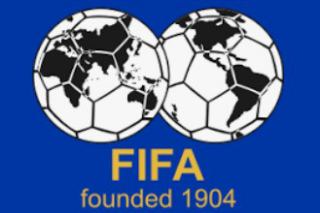 The International Federation of Association Football (FIFA) was formed in Paris in 1904 with seven members. This includes Belgium, Denmark, France, the Netherlands, Spain, Sweden and Switzerland. Germany announced its intentions to join the same day. 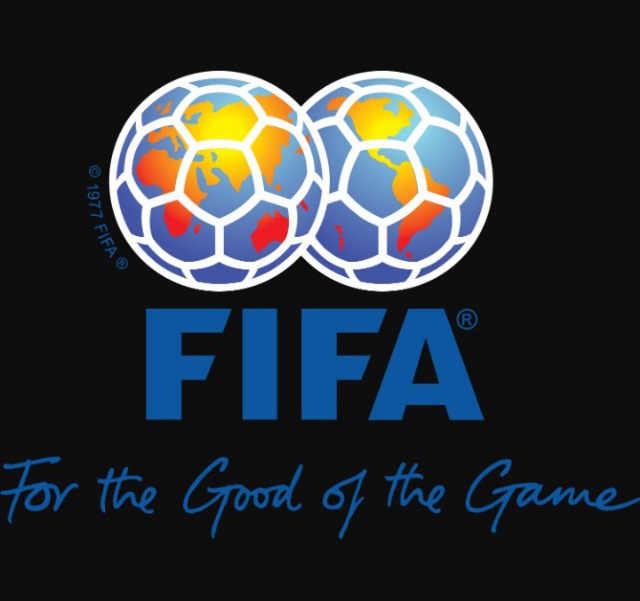 In 1930 the first-ever FIFA World Can was held in Uruguay. There were 41 members of FIFA at the time and it has remained the pinnacle of the soccer world ever since. Today it boasts over 200 members and the FIFA World Cup is one of the biggest events of the year. Then the rest of the countries joined the Football world.

Football history opened up for the ones who didn't know about it.

Content created and supplied by: Sauhatsi.David (via Opera News )