Just In: Pitso’s temper comes out to play in Egypt as he exchanges words with Zamalek coaches

By NewsFlashMedia (self meida writer) | 21 days 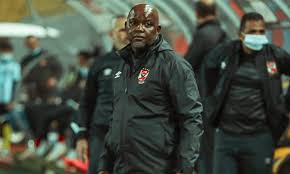 Egyptians got to taste the other side of Pitso Mosimane when he had an unpleasant exchange of words with the Zamalek coaches during their recent match. Mosimane revealed that he was insulted by his counterparts during the recent Cairo derby between Zamalek and Al Ahly.

Mosimane further admits that tempers flared on the bench as usual, with the Portuguese speaking technical staff of Carteron's attempting a war of words. 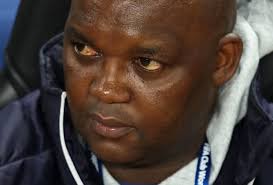 Speaking to kick-off.com, Mosimane said, “I fully appreciate Patrice Carteron and there was no verbal altercation between us during the game," Mosimane said.

The outspoken coach added that his assistants insulted him in Portuguese and that he understood them and he responded back. “We have to become professionals and accept what happens on the pitch,” he added. 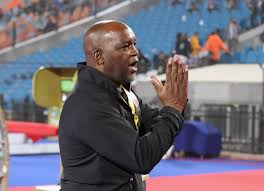 Mosimane maintained his unbeaten record since arriving in the Egyptian Premier League in September courtesy of a Mohamed Sherif brace and goalkeeper Ali Lotfi's heroic display.

Back home here in South Africa, Mosimane is well-known for speaking out his mind and not backing off from anyone.

His eagerness to go and win everything has clearly worked for him as he has gone as far as being named the best coach in Africa.

Lady declared, I'm proud to be a muslim, stop being offended by the way I dress mind your business

The Highest Paid Soccer Players within side the World Today

Ayanda Ncwane finally Claps back at her Haters