Former Kaizer Chiefs FLOP to get SECOND shot in PSL? 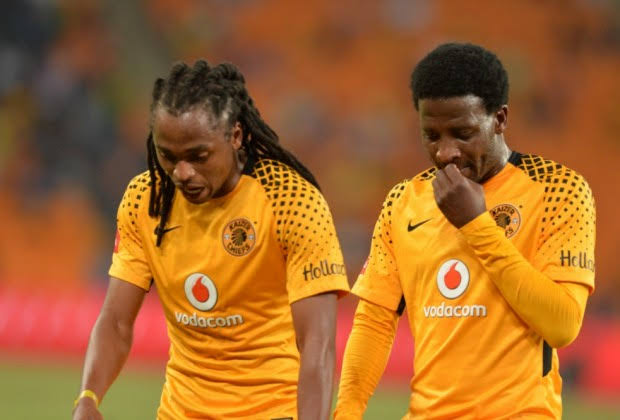 Despite making only three appearances for Kaizer Chiefs last season, a former Kaizer Chiefs midfielder looks certain to be retained by Marumo Gallants!

A former Kaizer Chiefs midfielder appears to be prepared for a second shot with his new PSL club.

Siphelele Ntshangase, 29, is poised to be given another shot at Marumo Gallants.

He only appeared in three games this season and was expected to be released.

However, a club official insists that the former Kaizer Chiefs and Black Leopards player is still part of the Gallants strategy!

NOW SEE: Chiefs coach returns to where it all started [IMAGES]!

GALLANTS TO GIVE ANOTHER CHANCE TO AN EX-KAIZER CHIEF?

"Our group is still together. We only need to reinforce a few places. Ntshangase's contract is still in effect. "He remains a member of the team," Gallants media manager Rufus Matsena told SoccerLaduma.

READ NOW: Mamelodi Sundowns ready to AXE a slew of stars, and their names have been revealed!

In other news, a former Kaizer Chiefs and Mamelodi Sundowns player has signed with AmaZulu FC!

After being released by Mamelodi Sundowns at the end of the previous season, George Maluleka has secured an immediate return to the DStv Premiership.

'Mido,' according to rumors, has signed a two-year contract with AmaZulu FC.

AmaZulu FC has already signed Gabadinho Mhango and Dumisani Zuma for next season.

"We are really happy about him because, not only does he have a reputation for winning trophies, but we thought we needed balance in the team," AmaZulu Chairman Sandile Zungu said of the former Kaizer Chiefs and Sundowns midfielder, according to FarPost.

"Something has to be done in that midfield position, and he is an ideal match for us."

The list of food that is known as good food to reduce Fat.