By Wiseup_News (self media writer) | 4 months ago 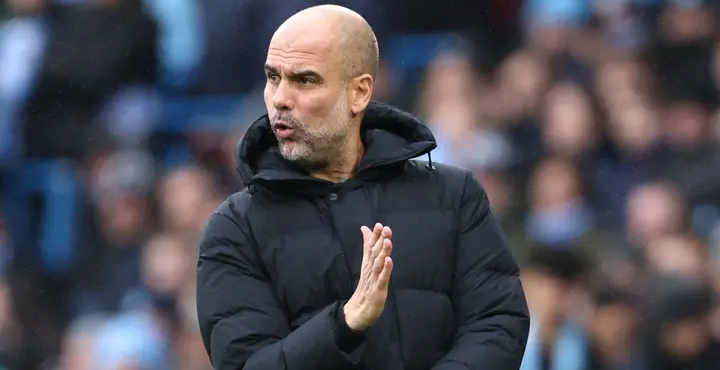 Pep Guardiola, the manager of Manchester City, has named Arsenal, led by Mikel Arteta, as one of the Premier League's finest teams at the moment.

Guardiola made the comments following Man City's 1-0 victory against Brentford in the Premier League on Wednesday night.

Man City overcame Brentford 1-0 in the first half, courtesy of a Phil Foden goal.

When asked if Manchester City were in command of the title battle, Guardiola told Amazon Prime: "There are 54 points on the line." This distance is not projected for eight and nine, although Liverpool play one fewer game.

"However, it is 54 points. Nobody is a champion in December. We will lose games. In my thoughts, I see Arsenal, Chelsea, and Southampton approaching.

"We have a game in London against Arsenal, who are possibly one of the greatest teams in the world right now, the best Arsenal in the previous four or five years," he continued.

"I can only express my congratulations to the team, but we must maintain our focus."

Man City leads the Premier League at the moment, ahead of Chelsea, Liverpool, and Arsenal.

Content created and supplied by: Wiseup_News (via Opera News )