Why Hlongwane and Brooks should stay clear of Kaizer Chiefs, Orlando Pirates and Mamelodi Sundowns

In Bafana Bafana's 1-0 triumph over Ghana on Monday, both players impressed in their first competitive starts for the team.

When a player in South African football establishes a reputation, he is almost always affiliated with one of the country's 'big three' - Kaizer Chiefs, Orlando Pirates, or Mamelodi Sundowns.

While it may be nothing more than media rumor or fan speculation in certain circumstances, the big three have a history of swooping in and stealing talent from smaller clubs.

Ajax Cape Town, Golden Arrows, Free State Stars, and Maritzburg United have effectively become feeder teams for Chiefs, Pirates, and Sundowns, who may not be developing enough of their own potential.

One need only look at the long list of Maritzburg players who have left the club in recent years to join one of the big three; the list includes Philani Zulu and Ryan Moon (both Kaizer Chiefs), Fortune Makaringe, Siphesihle Ndlovu, Richard Ofori, Bandile Shandu and Kwanda Mngonyama (all Pirates), Rushine De Reuck, Lebohang Maboe and Thabiso Kutumela (all Mamelo

Bongokuhle Hlongwane, the newest talent to emerge from the KwaZulu-Natal Midlands, drew national attention on Monday night when he scored the game-winning goal against Ghana at FNB Stadium in a World Cup qualifier.

Hlongwane, who was a contender for PSL Young Player of the Season, played a wonderful 90 minutes, being both powerful and direct.

The Chiefs PR team took notice of his performance and simply tweeted, 'Hlongwane.'

Of course, that doesn't signify much, but it did spark some speculation among supporters, and in a Chiefs team that is failing to find a consistent and reliable striker, Hlongwane's performance would almost certainly have been observed by management.

In the off-season, the player was connected to the Pirates as well, but he sensibly chose to stay with his hometown club, which has done an outstanding job in his development thus far.

It's important to remember that, despite his potential, Hlongwane isn't a prolific goalscorer just yet. However, because to the scarcity of target men in this country, anyone who scores a few goals is likely to create headlines and earn a move.

However, as Maritzburg manager Farook Kadodia pointed out this week, an ill-timed move to one of Gauteng's premier teams can put a career on hold.

We've seen it before: talented players struggling to receive playing time with Sundowns, Pirates, or Chiefs, and their careers stalling as a result. Some people recover and go on to have successful careers, while others simply fade away.

There are a variety of reasons for this, including bloated squads, which lead to increased competitiveness and fewer opportunities for personal development. Of course, there are the distractions and demands that come with playing for a large team. Not to mention the perks of playing for a high-profile team in a big metropolis.

And if he continues to shine for South Africa on the international level, he may bypass Amakhosi, Masandawana, and the Buccaneers and head straight to Europe, as previous successful South African exports have done in the past.

Brooks, too, has gotten fans talking following a bold and energetic performance against the Black Stars. With only 17 top-flight appearances under his belt, the 20-year-old has circumvented the young PSL development ranks (the TS Galaxy midfielder was still playing amateur football just three years ago).

A few more seasons of development at his current club would also be ideal for him. 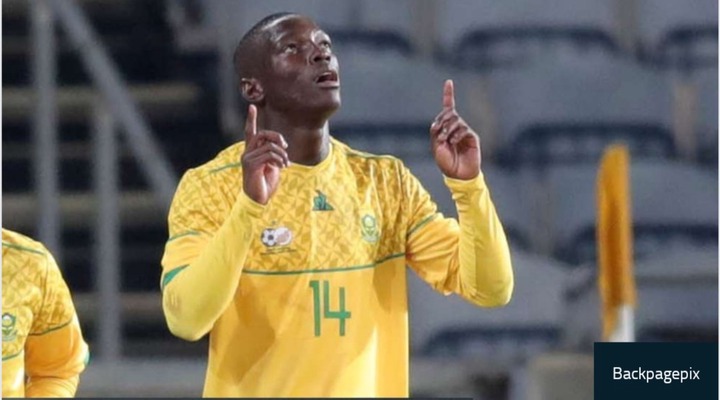 How old is too old for high school. Can a school refuse admission to someone for being too old in SA

Kelly Khumalo Mourns The Death Of A Loved One