Soweto Giants including 3 Clubs to Battle for the Rising Star

Uthungathi FC is proving yet again that they know how to develop young talent. When you take a look at Pule Mmodi, He is quite an exiting player to watch he also impressed against Pirate by scoring 2 goals against the Soweto giant.When golden arrows played against Pirates. Mmodi previosly played for Uthongathi from Glad African champions before joining Arrows. Another diamond in the rough is being eyed by 5 DSTV Premiership teams.Saziso Magawana is in great demand. Chiefs and Pirates are set to be monitoring the player, however the number of clubs showing interest has grown, some of the club has went as far at tabling an offer for the youngster.

Magawana is an attacking Midfielder. He very good at initiating the attack to great space for other players. He has proven that he's got what it takes following his good performance against Pirates in the Nedband cup last 32. 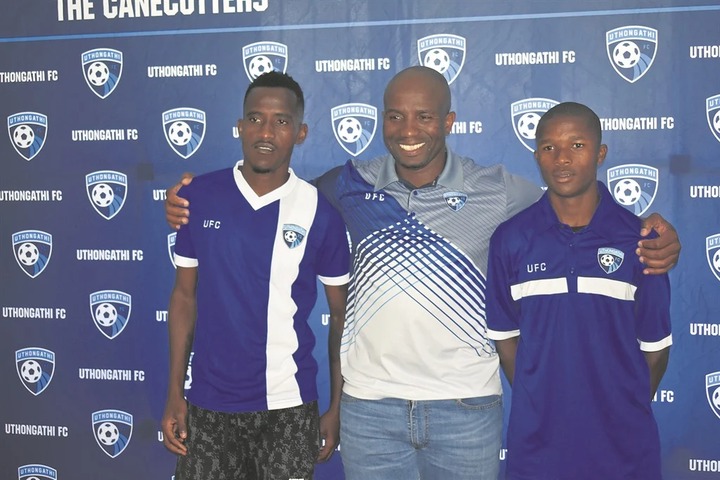 According to report more than four clubs from PSL are chasing Magawana's signature, which includes teams like Amazulu, Ts Galaxy, Golden Arrows, Pirates and Chiefs.

Amazulu are also quite serious in their journey to lure Magawana. They have went as far tracking the player by watching most of Uthangothi games.

Chiefs were the first team to enquire about the star player. Pirates have also shown strong interest after Uthongathi FC played against Pirates in Nedbank cup.

I believe the performance of Mmodi has shown many teams in PSL that there is talent at Glad African Champions said a close source.

Pirates have identified talent before at NFD. The likes of Thembinkosi Lorch and Marshall Munetsi were lured from NFD and loaned to other teams. They are now household names in SA. Munetsi is playing in the French ligue 1 he is also targeted by English Premier legaue teams.

"When next you buy eggroll, ask them to open it first". See What a lady finds inside it.

Heartbreaking for the rapper AKA

He welcomed me at first but at night he did the unbelievable; Lady narrate encounter with a stranger