By KGWEDI_NEWS (self media writer) | 7 months ago

Cape Town City head coach Eric Tinkler says they have set themselves targets in the DStv Premiership and are looking to compete for points with Orlando Pirates on Wednesday. https://www.idiskitimes.co.za/local/dstv-premiership/tinkler-ready-for-big-league-game-against-pirates/ 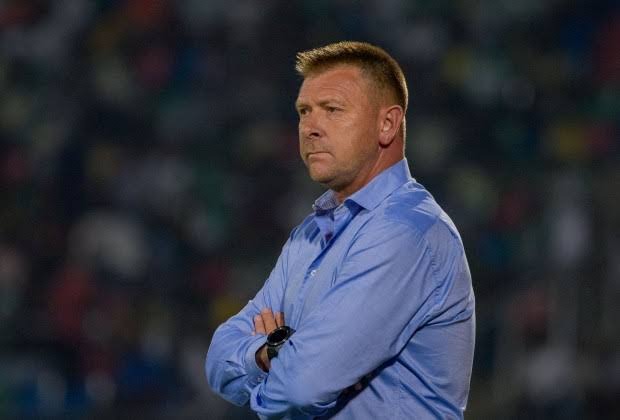 City were inactive this past weekend, while Pirates were involved in the CAF Confederation Cup, beating eSwatini’s Royal Leopards 6-2 on Sunday.

Tinkler says they are highly motivated to go to Orlando Stadium and collect points against his former team.

“We go into a very big league fixture away from home against Orlando Pirates on Wednesday evening,” Tinkler told City’s media department.

“Obviously, after the break, important for us to have started well in the league, collecting maximum points against Golden Arrows, which was a positive.

“We’ve had a few days extra to work with some of the new players, and I think they’re all integrated extremely well.

“And I think everybody’s highly motivated to go to Orlando Pirates and try and collect some valuable points at this stage of the season.

“We know it’s not going to be easy. They are a team that is obviously looking to ensure that they finish in the top four to obviously qualify for CAF again.

“But we also have objectives, we also set ourselves targets, and we need to be able to go there and look to compete against Orlando Pirates.”

Content created and supplied by: KGWEDI_NEWS (via Opera News )