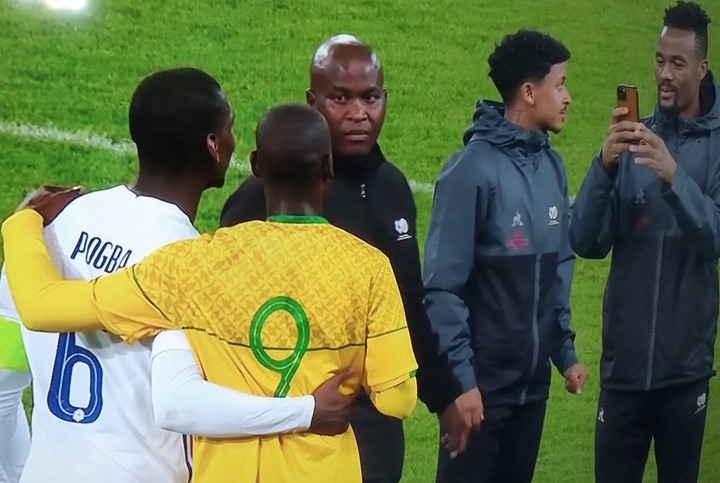 Bafana lead trainer Hugo Broos has shielded his players against the analysis they looked for taking selfies on the pitch after their 5-0 drubbing against France.

A few Bafana players were seen taking selfies with their Les Bleus partners only seconds after the last whistle following their 5-0 destruction by the 2018 FIFA World Cup holders.

Broos, in any case, demanded he saw nothing amiss with his players needing to get a selfie with any semblance of Kylian Mbappe, Paul Pogba and Co.

"There you see the distinction. For the players of South Africa it was something exceptional, something one of a kind in their lives as a player," he said during his crew declaration on SABC1.

"So for France it was a cordial game. It's generally expected that players here need to have a mark of [Kylian] Mbappe, the best player for the snapshot of the world. This is typical!

"So why scrutinize that after the game they needed to have an image with Mbappe? Come on, this isn't significant. Mainly, the level between the two groups was huge to such an extent that we lost 5-0."

The Belgian guide keeps on safeguarding his players by mourning that their demeanor was correct yet additionally in some cases players can arrive at the roof while facing more grounded resistance.

"I don't believe that we can say that the players didn't battle for it,"

"However, OK when the level is higher you need to battle more, a few minutes you are on the breaking point.

"I'm certain the players of South Africa, my players, needed to do all that to have a decent outcome, however OK the rivals was major areas of strength for excessively. [Debate] wrapped up."