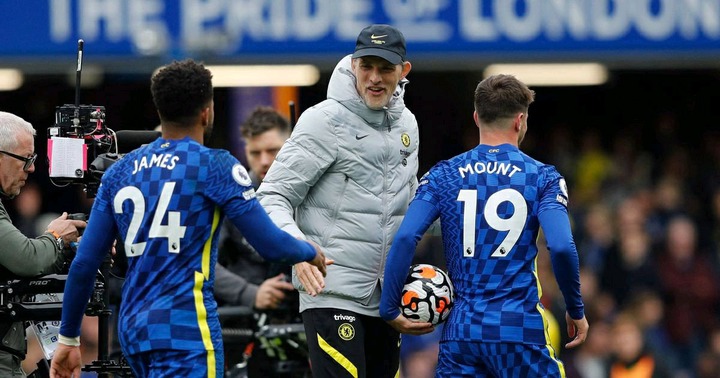 After what they did last season under Thomas Tuchel, Chelsea is expected to be the team to watch in the English Premier League. Even though they only won one trophy, they made it to two finals, both of which Liverpool won.

Last season, Thomas Tuchel was the favorite to win the Premier League. He had a great start to the season, which made him the favorite.

The German international had a great run, but the team fell off the top of the table after a few months of being inconsistent. The Blues had a complete team, just like Manchester City and Liverpool, who were both great that season.

Chelsea has a great team made up of young players who are expected to win the Premier League in the next few years. The team has a lot of great players, especially up front where there is a lot of depth.

At the club, there have been two forwards who have worked well together and communicated well. Timo Werner and Kai Havertz, two German forwards for Chelsea, have been very good under Thomas Tuchel, especially during the 2021/22 season.

The two-goal scorers did well under the German manager, Thomas Tuchel, and have been his most important players. Kai Havertz scored 14 goals in all games, while Timo Werner scored 11 goals.

The two stars have been Chelsea's two main goal scorers, and their futures at the club will be bright. They have been great together on the team's attacking front, and if they keep playing together, no one will be able to stop them.

News Hub Creator made and gave the content. Opera News is free to use, and the views and opinions expressed here are only those of the author and do not represent, reflect, or express the views of Opera News. All written content and images shown are provided by the blogger or author and are shown exactly as they were sent to Opera News by the blogger or author. Opera News does not agree with or support the posting of any content that violates the rights (including the copyrights) of a third party. This includes content that could be harmful to any religion, ethnic group, organization, gender, company, or person. Opera News also doesn't like it when people use our platform to support or encourage hate speech, violations of human rights, or words that hurt people's reputations. If the content here violates any of your rights, including copyright rights, or any of the other things listed above, please let us know right away by sending an email to kenya [email protected] or reporting the article using the reporting tools built into our Platform. Read on...

She thought she was buying an iPhone, see what she got instead