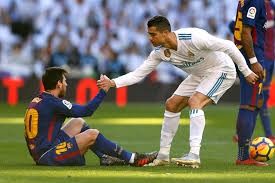 THIS IS ALREADY THE WEEK'S CRAZIEST STORY...

Barcelona is reportedly planning a stunning swap deal in which Cristiano Ronaldo would team up with long-time rival Lionel Messi. 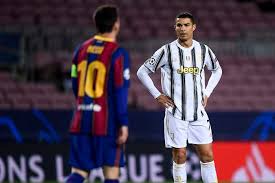 As shown in a stunning report by AS, the Catalan club may be interested in bringing the Juventus forward back to Spain in the form of a massive swap deal.

With Messi set to sign a new contract in the coming weeks, new Blaugrana president Joan Laporta appears to be plotting a daring move for Juventus' Ronaldo, who played for Real Madrid from 2009 to 2018. 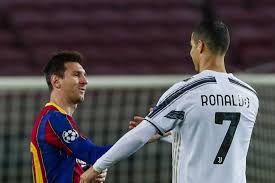 This one has been speculated that Laporta, who has been characterized as "box office," would love to be the man who helps bring the two superstars together, though this is unknown whether Ronaldo would entertain such a deal

Laporta has reportedly not yet officially approached Ronaldo's agent Jorge Mendes about the possible transfer, but has listed Sergi Roberto, Philippe Coutinho, and Antoine Griezmann as players he would really be willing to offer in a swap deal for the Portugal captain.

This audacious idea might be presented as a means to enhance the Blaugrana's financial situation, with AS reporting that having both superstars in the same team would double the club's revenue.

Ronaldo's relationship with Los Blancos is expected to make a deal difficult, especially given that the Portuguese is Real Madrid's all-time leading goalscorer with 450 goals in 438 games