Sasha Banks & Naomi's reign as WWE Women's Tag Team Champions is over, and much more... 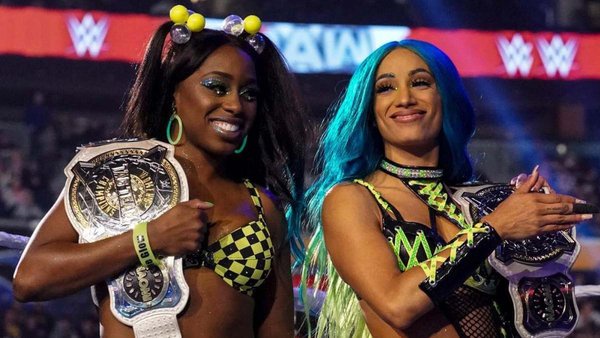 Sasha Banks & Naomi have been officially suspended indefinitely by WWE, with the pair being stripped of their Women's Tag Team Championships, too.

As awkwardly announced by Michael Cole during the latest edition of Friday Night SmackDown on FOX, on top of the duo supposedly letting down millions of fans upon walking out during this week's episode of Monday Night Raw, the titles they won at WrestleMania 38 would now be up for grabs in an incoming tournament to decide the next set of Champions.

The veteran commentator would also reiterate the original plans to have the pair battle it out as part of a previously planned six-pack challenge to decide Raw Women's Champion Bianca Belair's next challenger, with said scrapped match paving the way for a one-on-one match between Asuka and Becky Lynch to determine the new number #1 contender - the former would walk out with the win, of course.

There's been no word from Banks or Naomi yet in the wake of their dramatic exit from the company earlier this week or the announcement made on SmackDown, and a date has yet to be set for the aforementioned incoming WWE Women's Tag Team Championship tournament.

And while many have been quick to suggest this entire surreal scenario is actually acting as little more than an elaborate storyline to capture the audience's attention, many sources have since insisted this is not the case.