By Ndim (self media writer) | 3 months ago 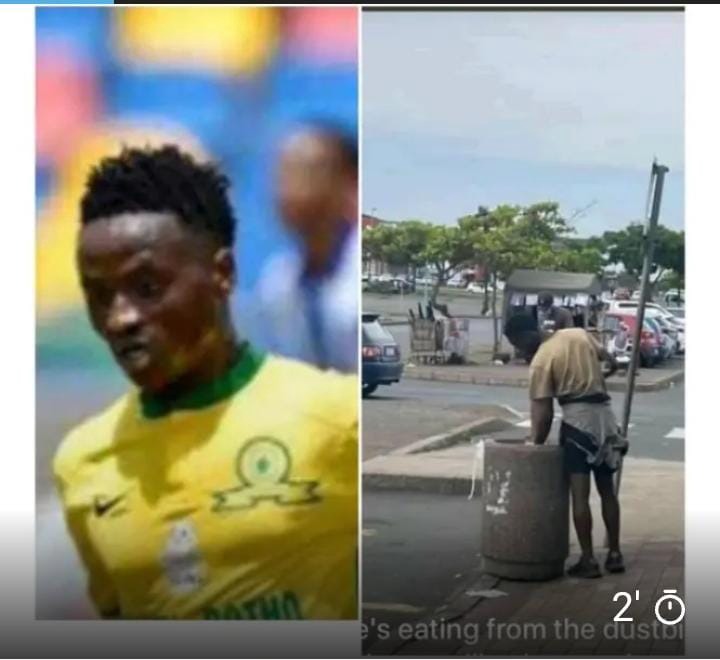 Sportspeople delight us when they do what they are paid to do, but the public has little understanding of what they go through behind the scenes.

People frequently limit any discussion about an athlete's health to the physical, forgetting that the mind also plays an important part. Mental health issues, particularly depression, have long been underappreciated, both during and after their high-paying employment.

Khayelihle Shozi, a former Mamelodi Sundowns footballer, was reported missing a few weeks ago, and his family was seeking for help in finding him. Celebrities have also stepped in, circulating the same information in the hopes of finding him.

His photographs were subsequently all over social media as the search for him escalated, with reports spreading that he was last seen eating leftovers from the trash while also gathering some unknown items. The former footballer was now different, coated in grime, wearing ripped clothes, and walking around without shoes.

Sundowns co-coach Rulani Mokwena also joined the search, and one Twitter user commented to his message, writing, "He was observed in Richards Bay Coach." People were and continue to be upset by Shozi's situation, which began shortly after his career with Sundowns ended.

Others said that after his contract with Sundowns expired, he encountered several difficult situations and failed to react effectively. According to others, this was a direct mental reaction that contributed to the former player's despair. His position is only the tip of the iceberg when it comes to the mental health crisis that needs to be addressed. This is a condition that affects not only the poor but even the wealthy, and people should be educated about it.