By Umsakazi (self meida writer) | 1 months 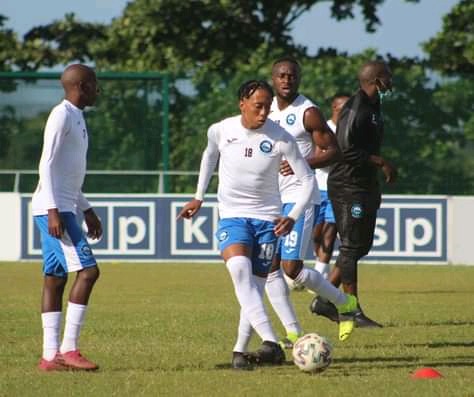 This is the time of the season where 3 teams will have to fight to secure their position in the Premier Soccer League.In the past 2 seasons things didn't go well for Glad Africa Championship teams as they were beaten by PSL Clubs.

The idea of Play-offs has been criticized before by some of the Sports lovers feeling that it's unfair for Glad Africa Championship clubs.This year it's gonna be Richards Bay , Royal Am and Chippa United.The first match will be Richards Bay and Royal Am both of these clubs are playing in the Glad Africa Championship.The match will be played at Umhlathuze Sports Stadium.

Richards Bay has fired their Coach Simo Dladla towards the end of the season including his assistant coaches Siyabonga Mdluli and Thulani Nkosi.Club CEO Mr Jomo Biyela decided to dismiss Simo Dladla despite his popular win against Kaizer Chiefs in the Nedbank Cup .

Royal am has also fired their Coach Floyd Mogale who worked at Mamelodi Sundowns as a Scout before joining the club.After the 1-1 draw against Free State State at Bethlehem it's where they decided to released him from his duties.Sazi Ngubane was appointed as a new Coach .

The difference between these two clubs is that ,Royal am kept their 2 assistant Coaches Serame Moeketsi and Postnet Omony despite them firing their Head Coach.Club CEO Andile Mpisane surely would like to see his new Coach taking them to the Premier League.When these two sides met this season in the league they drew 1-1 in the first round and Richards Bay won in the second round .