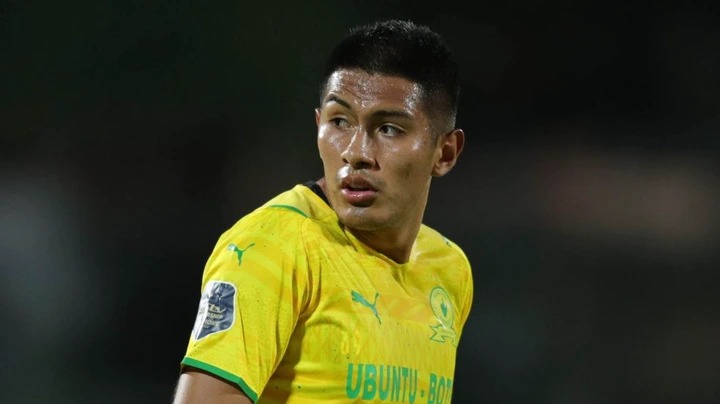 Saavedra moved from Bolivar, where he served as the club president and was regarded as one of the finest players in the nation, to Sundowns during the transfer window that occurs in the middle of the season for a fee that is rumored to be somewhere around R12 million.

He put down to paper on a two-year manage a two-year opportunity to stretch out but has been restricted to only 85 minutes as a result of experiencing a physical issue in his CAF Champions League debut against Al Hilal not long after his appearance.

Mngqithi admits that they may have rushed Saavedra's comeback when his physical condition was worse than they had initially feared, and they will no longer hope to risk with him further; nonetheless, he denies that there are concerns regarding his long-term future with Masandawana.

"He's well right now, started practicing with the team [again], but we're not overly sure at this stage if it's really prudent to try to rope him in and risk the possibility of him returning once we get the opportunity to adequately set him up. Since he did not come to us with any injuries, we are optimistic that he will play a significant number of games for us, and we are confident that we have an outstanding player overall.

Saavedra, who can play in the middle of the field or anywhere on the right flank, scored 23 goals and registered 20 assists for his previous club Bolivar across all competitions during his 93 games with them.