It was not an easy task for JDR Stars to sit in the top spot again, as they had to put up a stunning performance against Spurs to avoid conceding twice in the match to keep their hopes alive for the number one spot. JDR Stars was first to threat in the match, as they moved forward with aggression to score the opening goal of the match which added three points to their total in the top spot.

JDR Stars got in the lead when Malebogo Modise found the back of the net in the early 27th minute of the match for the 1-0 lead. JDR Stars unfortunately did not lead the match for very long as Cape Town Spurs equalised just four minutes later in the 31st minute of the match when Enoya Ndondo scored to level the score on 1-1. JDR Stars if they lost the match would've dropped back to the second place spot leaving Richards Bay FC in the top spot, but they gave it their all to end the match in a draw to earn their point which got them the top spot seat again.

The top spot is now dominated by JDR Stars and Richards Bay FC, as they are the closest two clubs on points to challenge for the top spot as points are considered. JDR Stars leads the GladAfrica Championship with 26 points as Richards Bay FC sit in second place with 25 points. 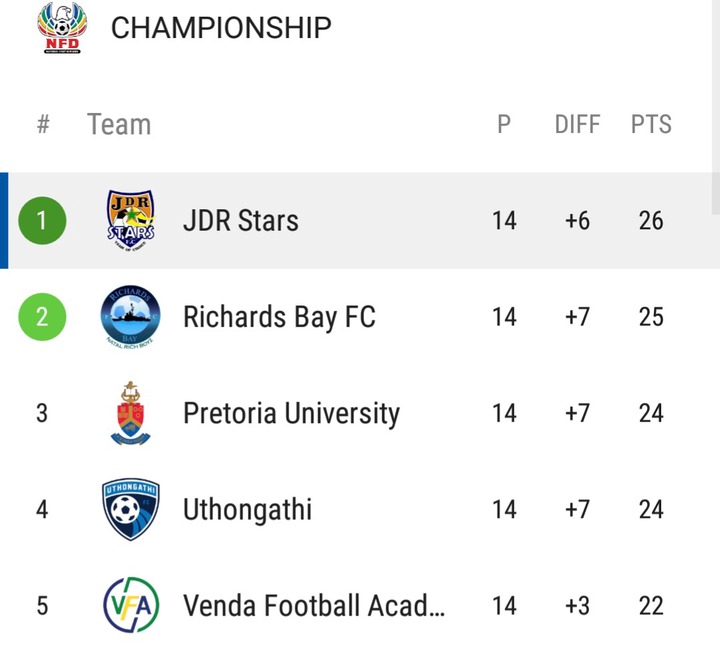 Seems Chiefs Will Not Be Getting Their Star Target