Elon Musk writes on Twitter that he is "buying Manchester United": , really? 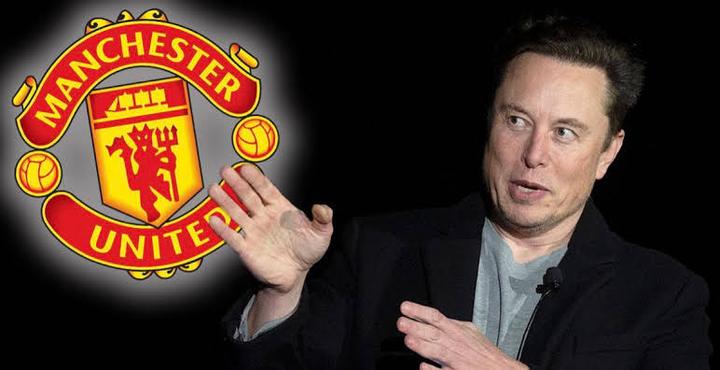 Elon Musk said on Twitter that he's buying Manchester United, but it's unlikely that the strange billionaire was serious.

The 51-year-old CEO of Tesla and SpaceX likes to post provocative things on social media for fun. In response to a tweet about supporting both of America's major political parties, he said, "Also, I'm buying Manchester United your welcome."

The famous English football team Manchester United is now run by the six children of the late American businessman Malcolm Glazer, who bought a controlling stake in the team in 2005.

Shares of the team that are traded on the New York Stock Exchange are down so far this year, but they were flat at the end of Tuesday, giving the team a market value of $2.1 billion.

After Musk's tweet, neither the club nor its owners said anything right away.

Fans of Manchester United have protested the team's management because the team hasn't done well in recent years and because they are part of a plan to start a new "Super League" of Europe's richest teams.

The Red Devils finished sixth in the English Premier League last year, but this year has been rough for them. 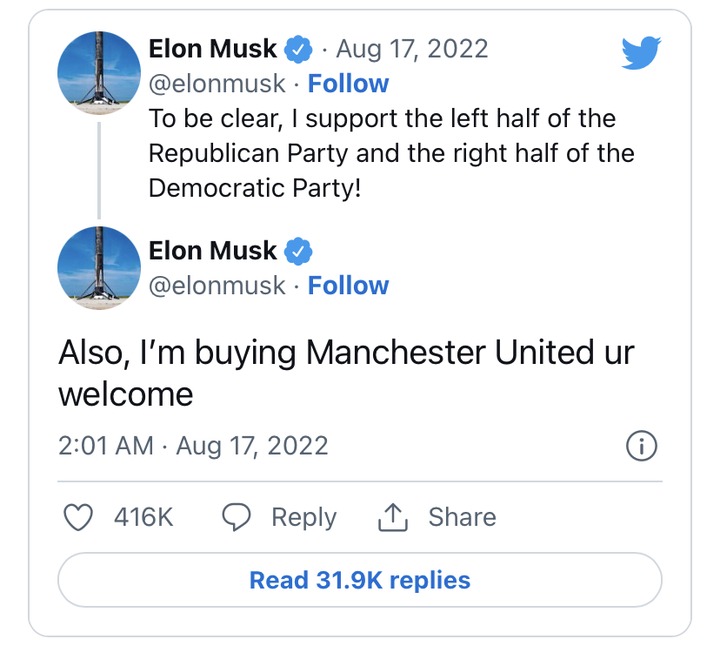 Elon Musk has the most money in the world.

After two straight losses, including a humiliating 4-0 loss at Brentford last weekend, Manchester United is now in last place. This is the first time in 30 years that they have been in last place.

Before Manchester United's next home game on August 22 against Liverpool, there will be more protests against the Glazer family's ownership of the club.

As for Elon Musk, he recently sold nearly $7 billion worth of Tesla shares and is in a big legal battle in the US state of Delaware over his failed plan to buy Twitter.