After a string of disappointing results for Al Ahly, check out what Pitso's rival had to say about him.

'Pitso Should Have Been Replaced Earlier'. 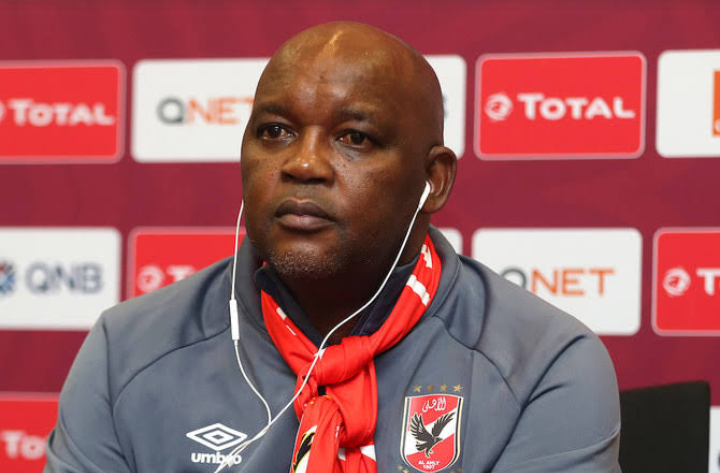 Pitso Mosimane's adversary has stated that the South African manager should have been fired by the Red Devils at an earlier stage with the recent run of success that Al Ahly has had in their matches.

After playing for Al Ahly for 21 months, Mosimane has announced that he will no longer continue his career with the Egyptian giants.

During that time, the former head coach of Mamelodi Sundowns was a huge success in North Africa. He led his team to victory in the CAF Champions League for two consecutive seasons, two CAF Super Cups, an Egyptian Cup, and the Egyptian Super Cup.

In addition, Mosimane guided the team to two third-place finishes at the FIFA Club World Cup when they were under his leadership.

Despite this, it appeared that complacency had begun to set in during the 2021/22 campaign, as Mosimane and crew were unable to achieve consistently positive outcomes.

The 57-year-old head coach of Al Ahly made the decision to voluntarily split ways with the club after a string of inconsistent performances in the Egyptian Premier League as well as a loss to Wydad Casablanca in the final of the CAF Champions League last month.

However, the head coach of Esperance de Tunis, Nabil Maaloul, is of the opinion that the Red Devils should have replaced Mosimane sooner, and he has heaped praise on the individual who took over for Mosimane, Ricardo Soares.

According to Maaloul, who was interviewed by ONTime Sports, "Mosimane should have been replaced a long ago, this is not the Al Ahly we know."

"Egyptian supporters enjoy witnessing their team's success, but they are also interested in watching entertaining football.

'It's one of those' - Rhulani Mokwena after Mamelodi Sundowns were stunned by TS Galaxy?