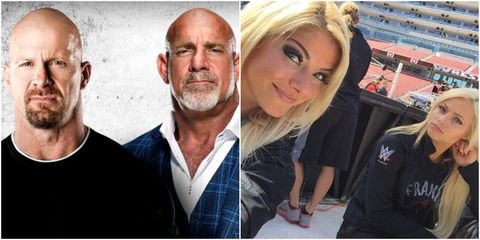 Throughout the years, there have been certain cases of two or more wrestlers resembling each other. Stone Cold & Goldberg is the obvious example!

There is an old superstition that the longer people live together, whether they’re roommates, relatives, or in a relationship; eventually, they’ll start to resemble one another. True or not, it is interesting that over time the same can be said for wrestlers who have traveled the road together.

When you’re a professional wrestler, it’s your job to do your best to stand out and be different. The more unique you look both inside and outside of the ring, the more chances that a WWE Superstar has at getting over. Even if they haven’t been in the same locker room, some of the resemblances between certain stars are pretty uncanny. 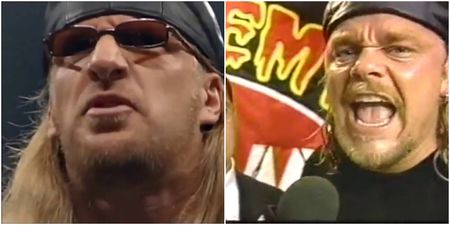 Despite being in different promotions, somehow during the late 90s, both Triple H and Shane Douglas were not only able to reach the top of WWE and ECW respectively, but they both had similar gimmicks and looks too. Both men stomped around their respective territories acting like unstoppable badasses - one was The Game and the other The Franchise. Both men were seconded by an iconic Diva of the era and both Douglas and Helmsley had long blond hair slicked back most of the time with the occasional beard. 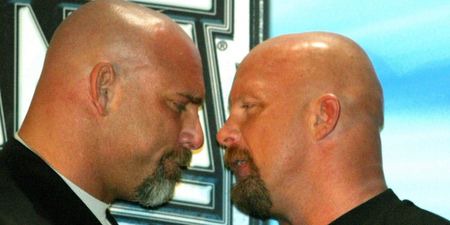 Perhaps more so than any one pairing on this list, the comparisons between both Bill Goldberg and Steve Austin are very palpable. During the Attitude Era, both WWE and WCW each had their top star - and they both were bald, with goatees and black trunks!

Over the years, the pair of Hall Of Famers have retained their pool-cue-looking skulls and have regaled fans with stories of what it is like to be mistaken for the other in airports all across the globe. 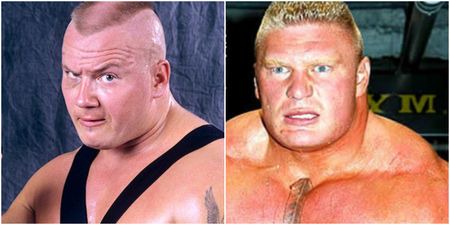 Ludvig Borga has two trivia points to his career - he snapped Tatanka’s undefeated streak and lost to Randy Couture’s UFC debut in just 56 seconds. While both the Finnish strongman and Brock Lesnar had broken two of wrestling’s better-known undefeated streaks, Lesnar obviously was the much bigger star in both fight sports. They both also were tremendous physical specimens that Vince always covets, complete with short-cropped blond flat tops. 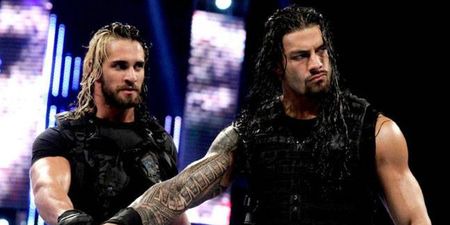 When two WWE Superstars show up in riot gear with long dark hair and big beards, they’re bound to draw some comparisons. Especially when both Seth Rollins and Roman Reigns debuted as part of The Shield. Thanks to their affiliation with each other for years, both Rollins and Reigns spent the first few years looking very similar, minus a Samoan tribal tattoo and blond streak. But both Superstars have adapted long past their flack vest days and have crafted unique looks for both the Head Of The Table and The SmackDown Savior. 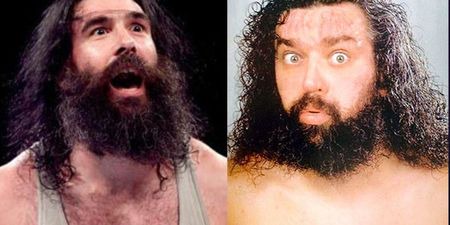 The late Jon Huber didn’t actually use the name Brodie Lee in tribute to the wild brawler; it was because, underneath all of that hair, he looked like Jason Lee, who played Brodie Bruce in Mallrats.

Two of the best big men brawlers of all time were both tragically taken from wrestling fans as they were reaching career apexes. By all accounts, both men behind their respective madmen were nowhere near like Bruiser Brody and "The Exalted One" Mr. Brodie Lee. But both men had similar heights, builds, and wild long curly hair to go along with big bushy beards. 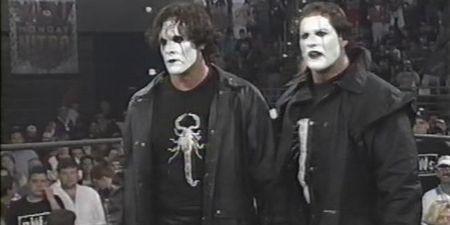 The name Jeff Farmer might not mean much to newer wrestling fans. But he became one of the big-name footnotes of Monday Nitro. He looked so much like Sting that the nWo has hired the journeyman superstar to fake out the entire WCW locker room. The rib worked so well that heading into Fall Brawl 1996, the Stinger’s own teammates wouldn’t believe him that he didn’t turn to the nWo. It wasn’t until the War Games Match when both Stings showed up that it became apparent the real deal would never turn to become the nWo Sting. 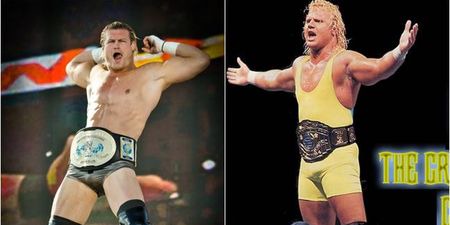 Sometimes when looking at Dolph Ziggler, it’s easy to question which came first - the desire to look like Hall Of Famer, Mr. Perfect, or the ability to work like Curt Hennig. One half of The Dirty Dawgs has spent the better part of his career emulating Mr. Perfect both with long ultra curly blond hair and the wild bumps he’d take. Both men also spent their entire careers being one of the best workers in any locker room, while at the same time, getting seriously overlooked by the powers that be for any sustained runs at the tippy top of the card. 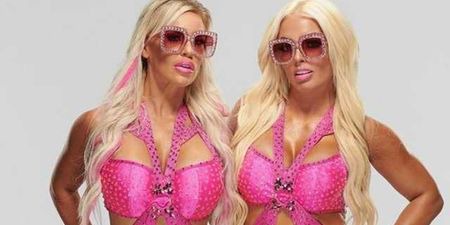 Both Mandy Rose and Dana Brooke are throwbacks to the buxom beautiful blonde Diva era. But for this era - there’s no one else on the roster quite like either of them.

The musclebound mavens came together during the Thunderdome era and have been on a quest to become Women’s Tag Champs. With their team, the fact that they look similar has only grown thanks to their occasional tandem fashion sense. 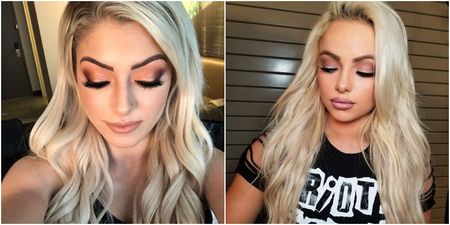 Seldom seen on screen together, it doesn’t become clear just how much Alexa Bliss and Liv Morgan look like each other. Especially with The Fiend and Riott Squad makeup on. But past the current demonic look of Alexa and Liv’s punk rock look and attitude, the two petite powerhouses have such a similar look that they could pass for sisters.